No One Injured by Gunman at German Movie Theater, Police Say 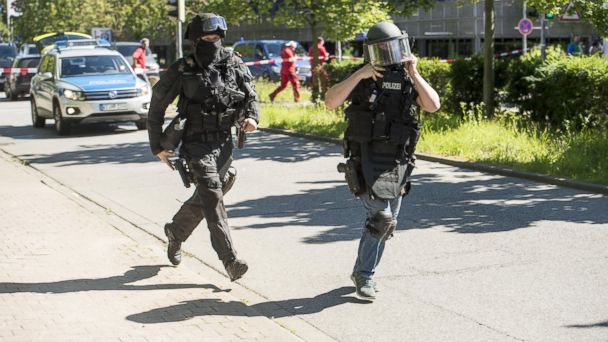 A gunman was shot dead by German special forces after he entered a movie theater in the town of Viernheim, Germany, officials said.

No one was injured by the gunman, according to a spokesman for German police in the region of Hesse. The gunman was masked and armed.

German media have reported, however, that some individuals were injured in the incident, possibly from tear gas police deployed when entering the theater. Peter Beuth, Hesse's minister of the interior, said police stormed the theater in a large-scale operation, including special forces flown in by helicopters.

The incident started this afternoon when the gunman entered the theater in Viernheim, which is about 45 miles south of Frankfurt, said Beuth. The gunman was shot dead shortly before 5 p.m. local time, Beuth said.

The gunman's motive was not immediately clear, Beuth said.