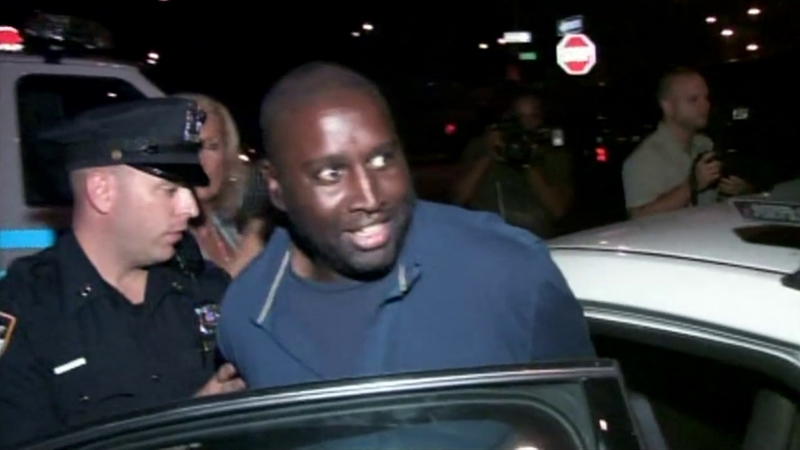 Police officers spotted the bus traveling down a street in Brooklyn, and stopped it. It was taken from the Port Authority Bus Terminal.

The bus arrived at the terminal from Philadelphia at 11 a.m. Wednesday. It was slated to leave for Richmond, Va. at 2:15 p.m.

At 1:30 p.m., Greyhound realized the bus was missing. Ten minutes later, they called their transportation command headquarters in Texas, which was able to detect the bus through an onboard GPS.

The GPS tracker found the bus was on the road in Brooklyn.

Greyhound called police, which issued an alert to the 78th Precinct where the bus was detected.

Two officers found and pulled over the bus at Third Street and Union Avenue around 4 p.m.

Darius McCollum was driving, and there were no passengers on the bus, police said. He is charged with grand larceny, possession of forged instrument, criminal impersonation of a police officer, and unauthorized use of a vehicle.

McCollum's is a unique New York story: He's spent 18 years of his life behind bars for his apparently uncontrollable compulsion to steal and operate trains and buses. He has been arrested 29 times before.

He has about two dozen transit-related arrests, starting in 1981, when he drove the E train to the World Trade Center at the age of 15. In 2008, he was arrested for stealing a Trailways bus from Hoboken, N.J.

His parole supervision, which prohibited him from operating "any motor vehicle," ended Aug. 24.

In fact, McCollum is so well known in transit circles, that just Wednesday afternoon, sources said , he was spotted at the Kingsbridge Depot in the Bronx and kicked out. That's when he allegedly made his way towards the Port Authority.

In a statement, Greyhound Lines, Inc. said, "We are fully cooperating with local authorities on their investigation and conducting an internal investigation of our own to obtain additional details regarding this incident. Because all of our coaches are equipped with GPS tracking mechanisms, the bus was recovered quickly."