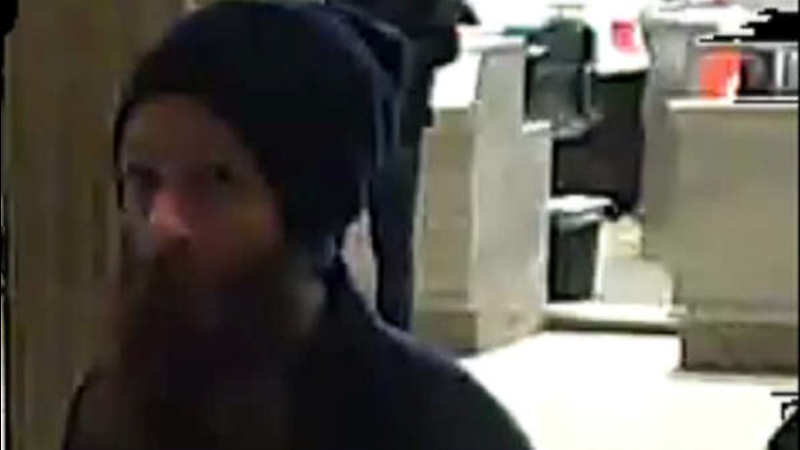 UPPER EAST SIDE, Manhattan (WABC) -- Police are searching for a suspect after a security guard at the Metropolitan Museum of Art was struck in the head with a glass bottle by a man muttering about crooked art, and they're hoping surveillance video will lead to an arrest.

Authorities say the 46-year-old guard heard the suspect, who was dressed in all black and sporting a long beard, complaining that one of the pieces of art was crooked around 6:15 p.m. Friday.

The guard reportedly told him not to touch the art and to lodge his concerns with the information desk.

As the guard walked away, police say the man came up behind him and cracked him in the back of the head with the bottle, smashing it into pieces.

The suspect allegedly muttered "Do your job" as he walked away.

Police followed a trail of blood, believed left by the suspect, through two galleries and out of the building.

Detectives believe he sustained a significant injury, based on the amount of blood.

The guard sustained a laceration to the back of the head and a cut to the hand.

The suspect is described as white male in his early to mid 20s, approximately 5-foot-8 and 150 pounds, last seen wearing all black clothing.

Anyone with information in regards to this incident is asked to call the NYPD's Crime Stoppers Hotline at 1-800-577-TIPS (8477) or for Spanish, 1-888-57-PISTA (74782).
Related topics:
new york cityupper east sideassaultmetropolitan museum of art
Copyright © 2021 WABC-TV. All Rights Reserved.
More Videos
From CNN Newsource affiliates
TOP STORIES