AP
By Eyewitnesss News
PELHAM -- An off-duty NYPD officer who was allegedly intoxicated when he randomly opened fire in Pelham and shot at two strangers was indicted Thursday on attempted murder charges.

Earlier this week, the victims in the incident filed a $90 million lawsuit against officer Brendan Cronin, the NYPD and Commissioner William Bratton.

Joseph Felice and Robert Borrelli were on their way home from playing a recreational league hockey game on April 29, stopped at a red light, when Cronin allegedly fired 14 shots into their car.

Felice was hit six times in the shoulder, arm and hand. Borrelli, who was not struck, rushed his friend to the hospital and saved his life.

"I honestly don't know how we survived this unprovoked ambush, or why he chose to single out Joe and myself for his vicious rampage," Borrelli said.

He also read a statement from the 47-year-old Felice, who is still recovering from his injuries.

"What happened to me was a random act of violence committed by a ruthless man," the statement said.

Cronin is now charged with two counts of attempted murder, two counts of first-degree assault and one count of driving while intoxicated.

After the announcement of the charges, both victims responded to the news.

Borrelli stated that he and his family are "pleased that the grand jury recognized Officer Cronin's clear intent to kill," adding, "I am anxious for this case to proceed and to put this horrible ordeal to rest. A long road lies ahead until justice is served."

Felice called the indictment "expected given the circumstances of this heinous crime," and went on to say, "the news of this indictment is certainly encouraging, but it is only the beginning. I want to see this NYPD officer - whose job it is to protect and serve with courtesy, professionalism and respect - to be prosecuted and subsequently incarcerated to the fullest extent of the law."

Cronin was arrested after the shooting, and police said he refused to take a blood-alcohol level test.

"Frankly, it's a miracle that these men did not die that day," attorney Randolph McLaughlin said.

Asked about the case Tuesday, Bratton said Cronin had been suspended and wouldn't comment on the lawsuit, which he said was "not unexpected."

Bratton would not describe any possible departmental charges that might be brought.

A spokesman for the New York City Law Department would not comment on the case. 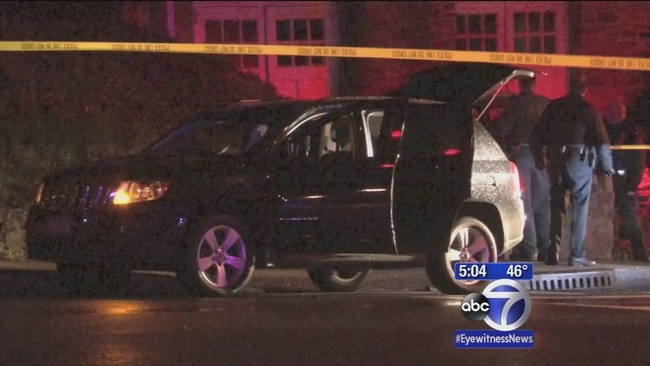