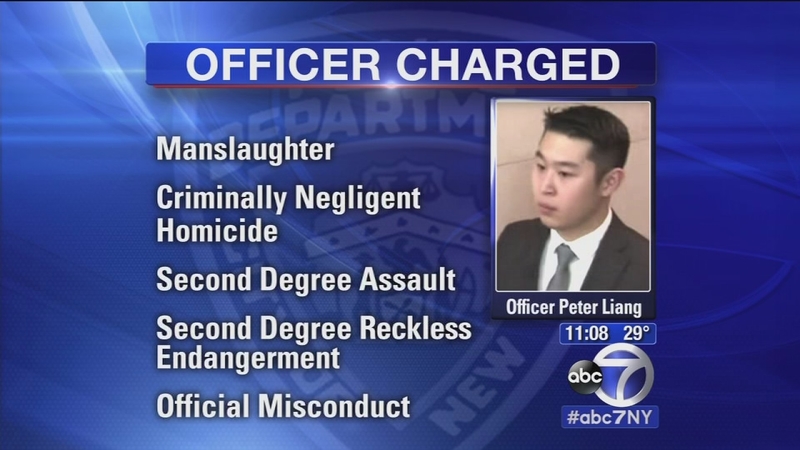 On Nov. 20, Liang and his partner were patrolling the Louis Pink Houses in East New York, a public housing complex where reports of violent crime had spiked. The hallways were pitch black, and Liang had his gun drawn. Police said it appeared he accidentally fired a shot.

Gurley had been waiting for an elevator with a female friend, but when it didn't come, he stepped into the hallway to take the stairs.

Prosecutors say Liang and his partner were entering stairwell on the eighth floor, and when they noticed the lack of light, Liang reportedly pulled out his Glock. They said he was holding the gun in his left hand and a flashlight in his right hand when he used his right shoulder to open the door. Then, once on landing, he fired the shot that killed Gurley.

Authorities say Liang's first words to his partner were, "I'm going to be fired."

The bullet struck Gurley in the heart, diaphragm and liver.

Despite what prosecutors call obvious sounds of footsteps, believed to be from Gurley's companion, they say Liang and his partner did not try to help and didn't call for help for at least four minutes. When Liang finally went downstairs, prosecutors said he saw the friend trying to render first aid but "stepped around" Gurley and did not try to help, allowing other arriving responders to perform CPR.

Prosecutors alleged Liang "ignored" training he'd completed less than a year earlier that taught him to hold his gun with the finger outside the trigger guard.

That, and the failure to render first aid, are the basis for official misconduct charges.

"The only thing we know for sure is there was a human tragedy involving Mr. Gurley," New York Mayor Bill de Blasio said. "He's gone. I spent time with his domestic partner and his child. They've lost a loved one. That's a fact. That's a tragedy. But everything else has to be determined through a judicial process."

Liang was released without bail. The Brooklyn courtroom was packed with officers. 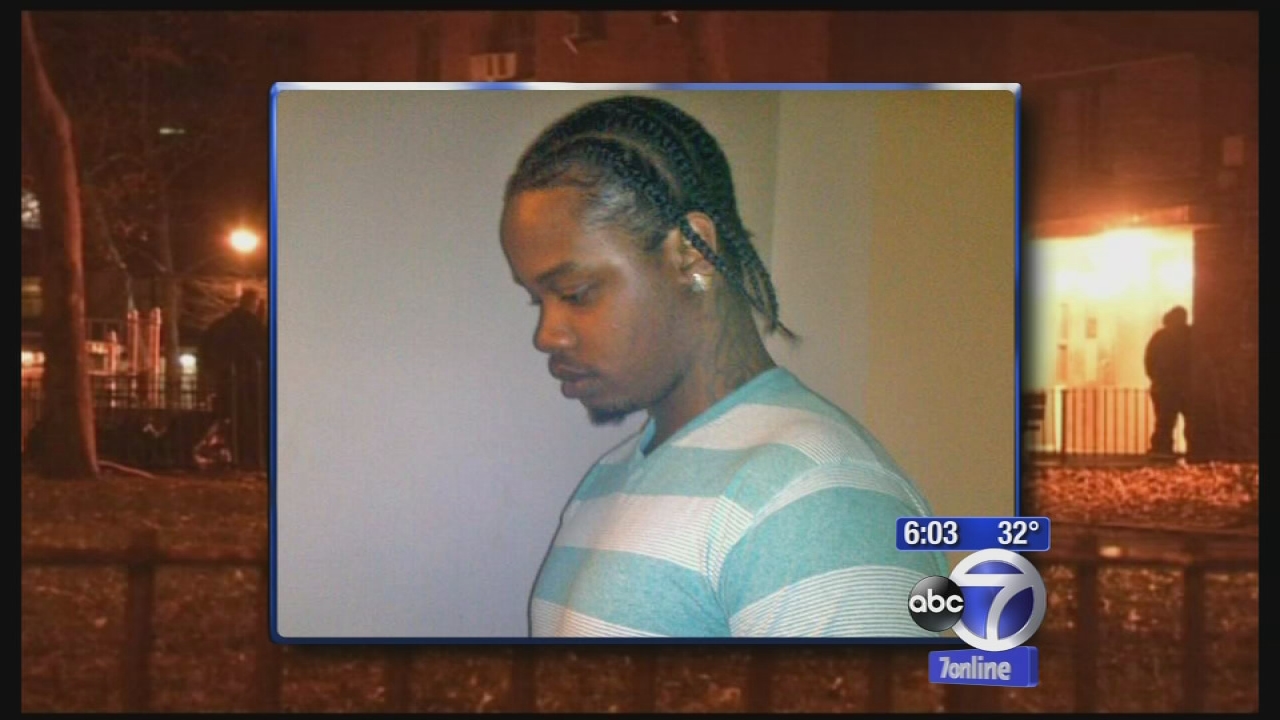 Reaction to indictment in Gurley shooting
Darla Miles has reaction from residents at the Pink houses in East New York, where Akai Gurley was fatally shot in a stairwell.

The case was closely watched following the mass protests and calls for reform of the grand jury system nationwide after a Staten Island grand jury's refusal to indict a police officer in the chokehold death of Eric Garner.

The manslaughter charge is the top count, punishable by up to 15 years in prison.

Liang did not testify before the grand jury, which began hearing the case on Feb. 4.

From the window of her Red Hook home Tuesday, Ballinger, who is the mother of Gurley's 2-year-old daughter, deferred questions to her attorney about the indictment.

"I think there was a feeling of happiness and shock on Miss Ballinger's behalf," attorney Scott Rynecki said. "Obviously, this is the beginning of a long road in a fight for justice for this wrongful and reckless shooting of Akai Gurley."

"It's a tragic, tragic, tragic case," said Sgt. Ed Mullins, president of the Sergeants Benevolent Association. "I'm sad that he was indicted. I don't know exactly what transpired in that hallway, but I believe it's a truly accidental incident."

PBA President Pat Lynch said the officer deserves the same due process as anyone else in an accidental shooting.

"The fact the he was assigned to patrol one most dangerous housing projects in New York City must be considered among the circumstances of this tragic accident," Lynch said.

"NYPD Officers bravely put their lives on the line every day in service to New York," said Brooklyn District Attorney Ken Thompson. "At no time was this more evident than when several officers responded to a shooting at the Pink Houses. As they always do, Officers rushed in 2724 Linden Boulevard to assist. When the Officers saw Mr. Gurley, they immediately dropped to their knees and attempted to render aid to save Mr. Gurley's life."