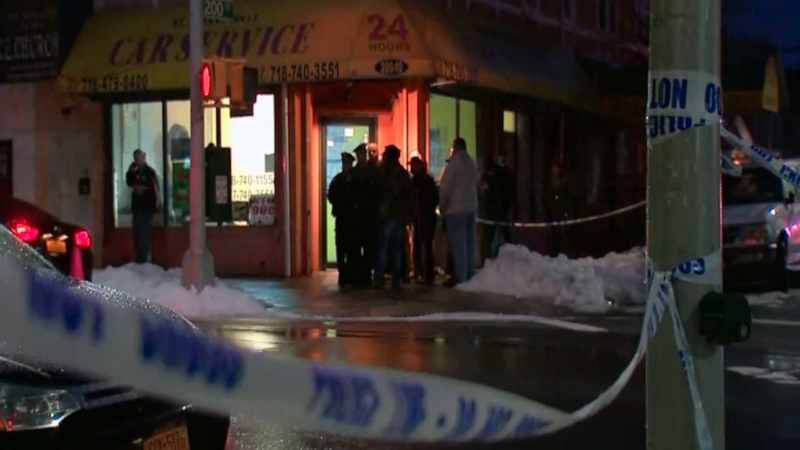 Police say a car full of people they were trying to pull over shortly after 7 p.m. Saturday hit an officer and took off.

They say the people inside were attempting a drug deal at the corner of 200 Street and Hollis Avenue I Hollis. After NYPD officers approached the car, the car sped off - that is when it hit one of the officers.

One of the officers shot at the car, but the bullet did not hit the vehicle or anyone.

The car was later found unoccupied on Hannibal Street and Elmira Avenue.

The suspects fled the scene. Police are still investigating.