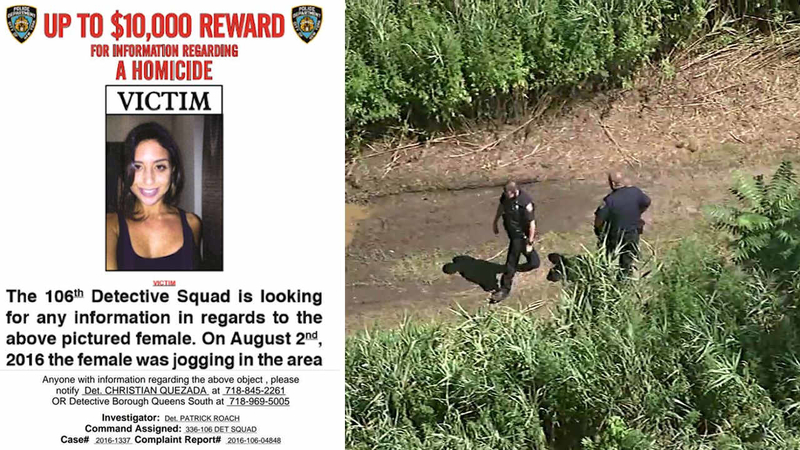 HOWARD BEACH, Queens (WABC) -- Police have increased the reward and released a poster seeking information about a woman whose body was found in a Howard Beach park Tuesday after she vanished during an afternoon jog.

Vetrano's body was found around 9 p.m. in the marshes of Spring Creek Park, off 161st Avenue and 78th Street.

According to the New York City Police Department, the flyers were posted last night in the neighborhood where she was found. 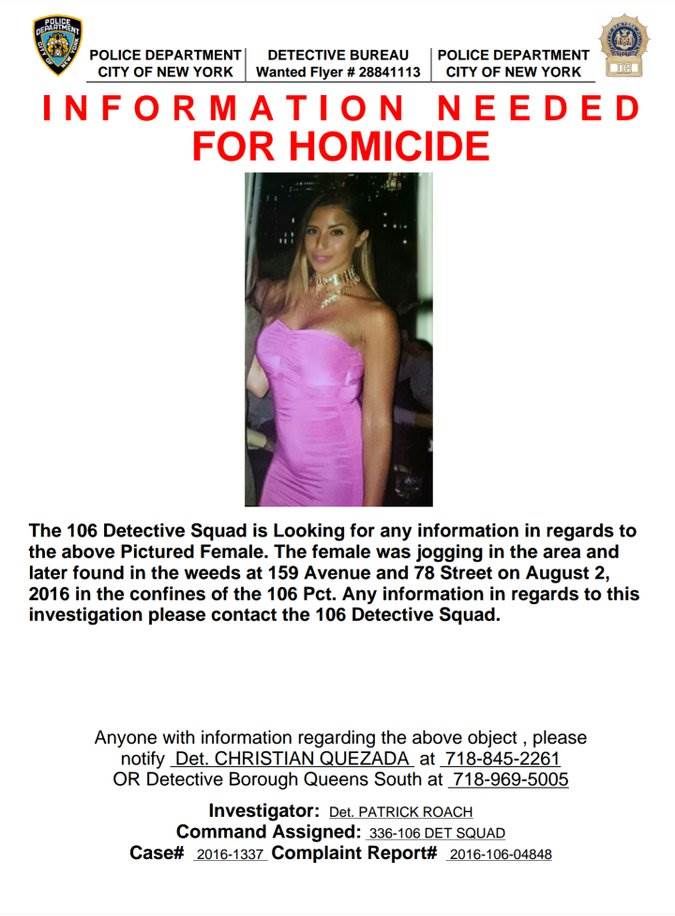 Vetrano had a short film based solely on her work.

"She never acted before on film, and this was her first time, and as evident in the final product, she had depth, and she did a great job," said Petros Geogiadias, a filmmaker.

Geogiadias based his six-minute film on one of Vetrano's poems called "The Paradox."

The narrative centers around two people battling within themselves with bad and good.

"And she was just over the moon. She was already trying to grasp the idea that people were interested in reading her words let alone filming it. She helped me with the screenplay, and she was saying a lot of no's to a lot of my versions of the screenplay, but in the end, I came up with the final version she was happy with, and then she demanded that she would be in it," Geogiadias said.

Admittedly, it's painful for her friends to watch the film as they mourn her death.

Vetrano's father and police returned to the scene Thursday morning to continue searching for evidence. Detectives and members of law enforcement have been combing the area where she was found, and are expected to be out there for the next several days.

Police said they have swabbed the victim's cellphone for DNA evidence and are awaiting the results. They said Vetrano had been texting with her best friend while she was out on the run.

Watch as the NYPD gives an update on the Howard Beach jogger murder Thursday afternoon.

The NYPD also raised the reward in the case to $10,000, saying very little information has come into Crime Stoppers. Only three tips have been sent in so far.

"We really need the public's help with this one," Mayor Bill de Blasio said. "All of us need to help this family."


Vetrano typically ran the path with her father, who was not with her because of an injury. He had asked her not to go, police said, warning her it might not be safe without him, but she went anyway.
A vigil was held Wednesday for Vetrano at the restaurant where she worked. Hundreds of people showed up.