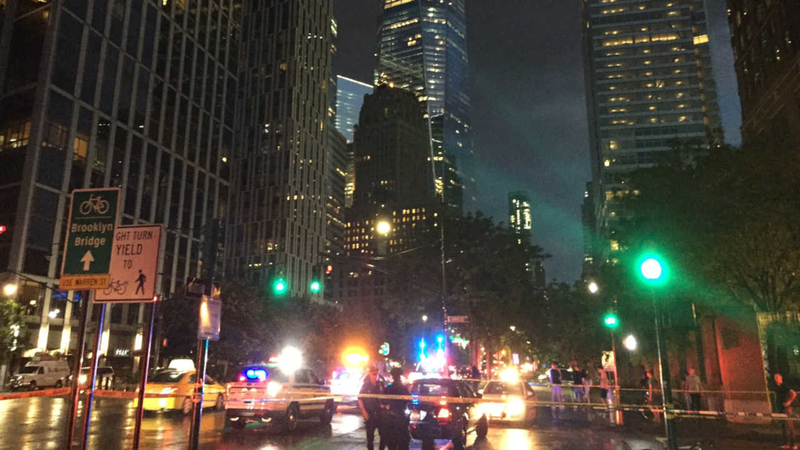 BATTERY PARK CITY, Manhattan (WABC) -- Police have identified the man they say hit and killed a woman on a bicycle on the West Side Highway in Lower Manhattan.

Police say Silva hit the woman just before 8 p.m. while she was riding her bike near Chambers Street and West Street Saturday night.

Witnesses say Silva then drove off.

A Good Samaritan, an off-duty MTA officer, saw the woman on the ground, called for backup and then started looking for the driver.

Silva was found a few blocks away. Police have not identified the victim.

"She was trying to get up - they were trying to help her. Somebody chased after him and they called the cops," says eyewitness Donte Williams.

That 'someone' who chased after the suspect was Otis Noboa, an off-duty MTA officer. Noboa says he was driving northbound on the West Side Highway, saw the victim lying on the road, and pulled over. After witnesses told him what happened, he radioed for backup, then canvassed the area.

Moments later, Noboa spotted the vehicle that matched the description by witnesses just three blocks away. Noboa says the suspect had pulled over with his engine running, didn't say a word, and calmly surrendered.