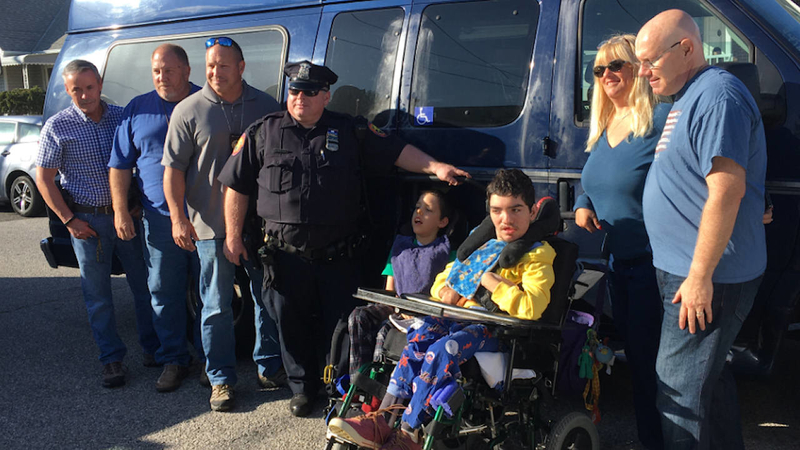 FRANKLIN SQUARE, Long Island (WABC) -- A Long Island family is giving thanks to the police officers who helped track down their stolen van.

Two brothers with a rare genetic condition rely on the custom vehicle to travel, that is, until thieves took off with it.

"We're getting the car back! Yay!" the Gasperetti Family cheered.

And the slow smile that came across 20-year-old Brian Gasperetti's face pretty much said it all.

Brian and his 13-year-old brother Dylan both have a rare and crippling genetic disorder called Pelizaeus Merzbacher Disease, or PMD.

They woke up Tuesday in Franklin Square to find that someone had stolen their specially adapted family van, right out of their driveway.

"This is a horrific act. People who are disabled depend on these special modes of transportation. They're not easily obtained," said Commissioner Thomas Krumpter, Nassau County Police Department.

A documentary shot five years ago shows that the van has special features for the boys; it's elongated and heightened and fitted for not one, but two wheelchairs.

"These things are personally made for the handicapped with certain supports that my children need to stay safe and to be able to go out in the world," said Kristen Gasperetti, the boys' mother.

Those who know the Gasperetti Family know that they have been dealt enough challenges already. They actually have four sons; two others were born without the disease.

"Sometimes when I play, I actually get really sad because my brothers can't really do this like I can," one of the boys said in the documentary.

Well the family finally got some good news by way of Officer Matthew McMahon on Wednesday just after noon. 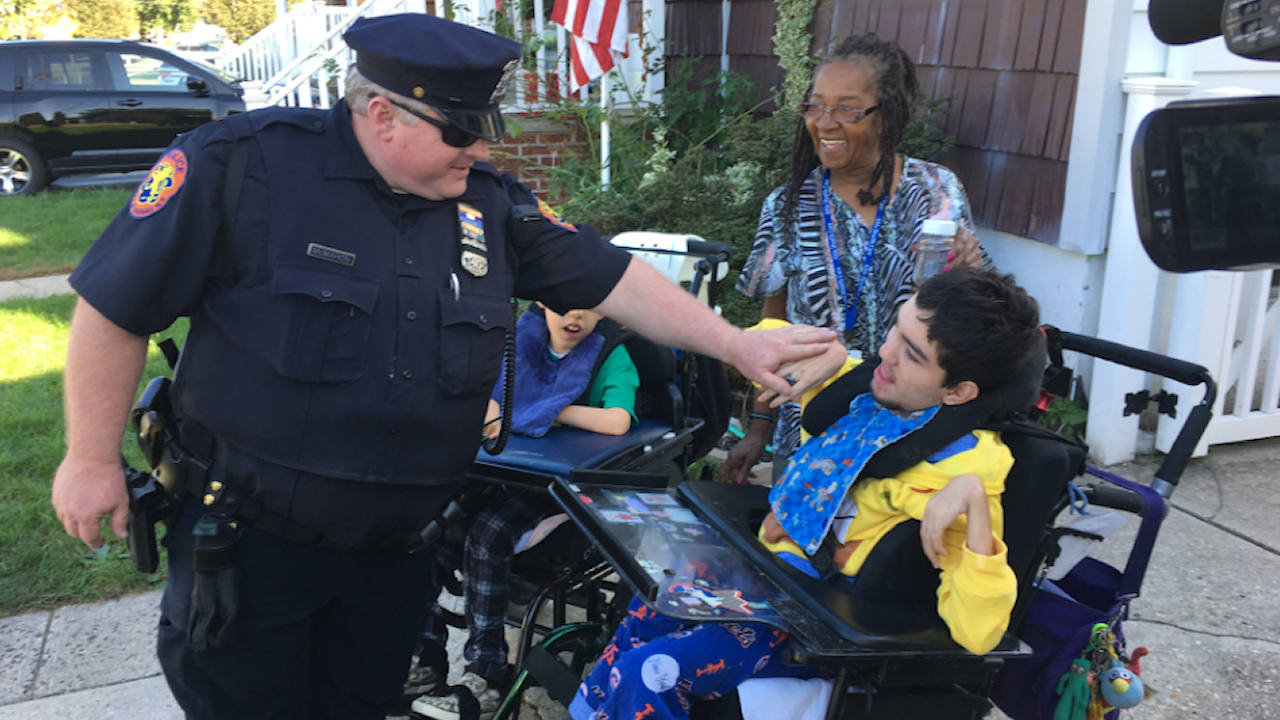 "Someone from the community tipped me off and I came upon the van," Officer McMahon said.

While police still have to track down who stole it, the damage was minor; this family gets their freedom back, including an additional wheelchair that was in the van.

Maybe it is true that bad things don't always have to happen to such good people.