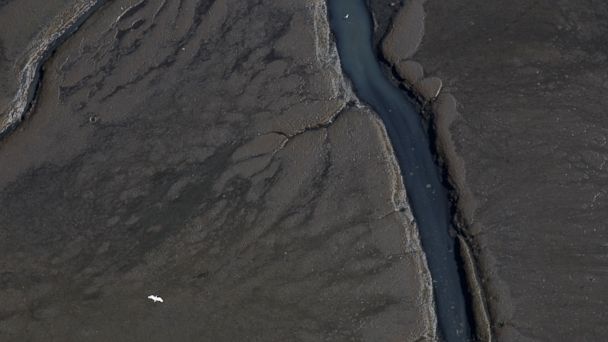 With the opening ceremony of the Rio Olympics just one day away, ocean water along Rio de Janeiro's famed beaches remains contaminated with bacteria and viruses.

The situation is so dire the World Health Organization has warned athletes participating in open water sports to not swallow water, to cover any open wounds during competition and to wash off immediately after exiting the water.

Dr. Richard Besser, ABC News' chief health and medical editor, visited the Guanabara Bay, where the sailing competitions will take place, on Sunday to collect samples and see the state of the bay. Besser traveled with a local biologist and activist, Mario Moscatelli, who noted that there are multiple pipes dumping what appears to be raw sewage directly into the water.

Although some Olympic officials have insisted that the water is safe for swimmers, evidence of contamination was found in water samples collected by ABC News and sent to a lab just outside of Rio for testing.

One sample was taken from the shore of Guanabara Bay, and another was taken at the Copacabana Beach where marathon swimming will take place.

ABC News' testing snapshot of Rio's water found levels of viruses and fecal bacteria in the sample taken from Guanabara Bay far above what would get a beach closed in many states in the U.S.

"I would avoid to enter these waters," said Dr. Fernando Spilki, virologist and coordinator of the environmental quality program at Brazil's Feevale University. "My kids, I wouldn't let them go enter this waters."

"The levels that we reviewed were higher than we would expect in the United States," said Jennifer Carey, founding principal and CEO of JLC Environmental Consultants. "The diseases that could affect people that are exposed to these types of pathogens could be an acute respiratory disease, things like typhoid, hepatitis, gastroenteritis, dysentery and even ear infections."

In the U.S., the Environmental Protection Agency recommends health departments monitor the amount of enterococci and E.coli_" target="_blank">E.coli bacteria present in water on public beaches. The agency advises a beach should be closed if it has a level of 130 cfu (colony forming units) per 100 milliliter for enterococci, or 410 cfu per 100 millileter for E.coli.