Only in New York: Man with machete fights man carrying trash can

Raw video shot by Paul Tena shows a man pull a machete on another man during a dispute in Manhattan's Upper West Side.

UPPER WEST SIDE, Manhattan (WABC) -- Video shows a dramatic dispute between two men on Manhattan's Upper West Side Wednesday involving a machete and a trash can.

The incident happened just before 7 a.m. at the intersection of West 94th Street and Broadway.

Paul Tena, who shot the video in the player above, said he walked up on the altercation and started recording.

Police identified the driver of the car as 40-year-old Lewis Roman, of the Bronx. The other man was apparently standing at the corner when something sparked the argument.

Law enforcement sources said Roman was in his car when he flashed a gun clip and told the man he had a gun. Roman then allegedly got out of his car as the other man grabbed a trash can -- apparently for protection.

At one point in the video, the man threw the trash can at Roman.

Roman also charged at the man with the machete in hand, swinging and striking the man's phone, causing cracks and damage.

Roman then took off, but police caught up with him a short time later and pulled him over. They recovered the gun clip and machete.

Roman is facing charges of assault, criminal mischief, menacing and criminal possession of a weapon. 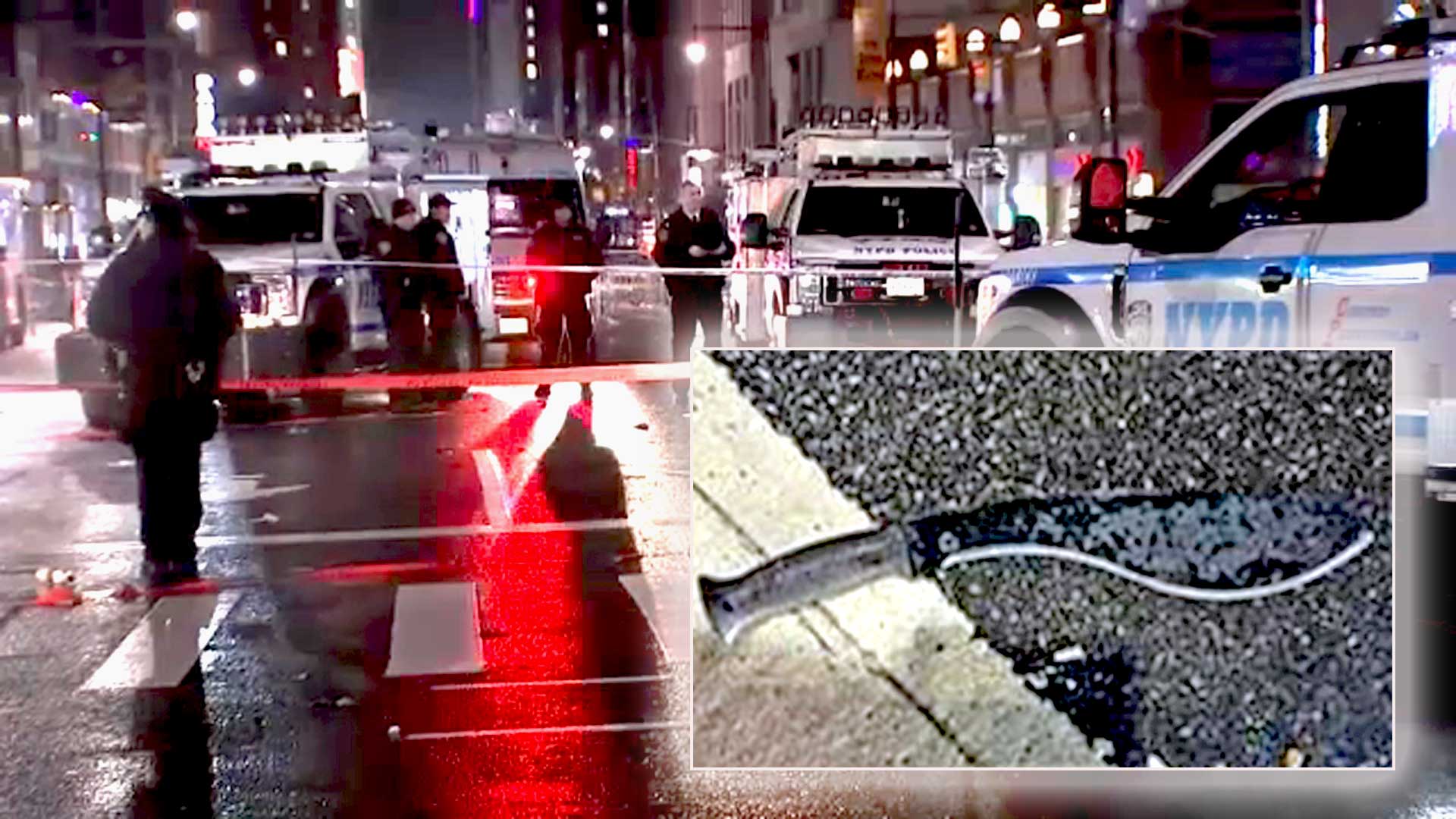