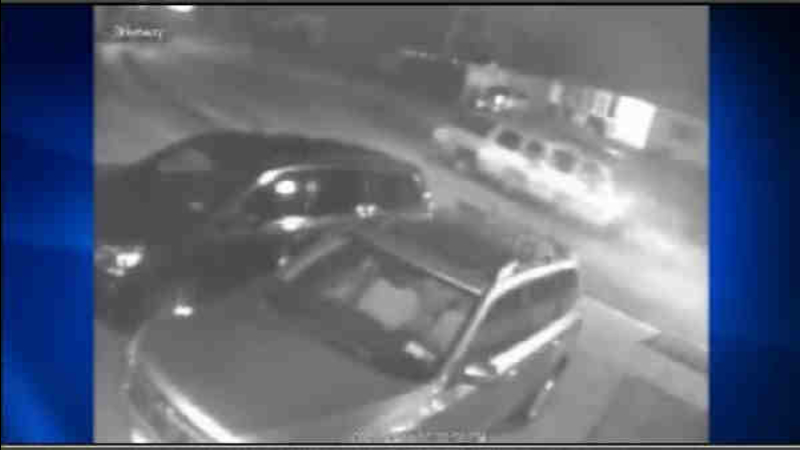 NASSAU COUNTY, Long Island (WABC) -- Police on Long Island say someone fired a BB gun in a spree of vandalism, shattering the windows of 17 cars in four different communities.

The windows of 14 parked vehicles in four communities were shot out between Sunday and Monday. On Tuesday, detectives reported three additional vehicles were damaged on North Jerusalem Avenue in East Meadow during the same time as the earlier incidents.

They tried to take it in stride when they woke up for work in Levittown, but the truth is they are angry, because pieces of shattered windows are everywhere, and it was raining inside their cars.

"I came out here; there was glass all over the place. Everybody's bagging up their stuff," said Mike Biggins, car owner. "It's one of those days."

It captured an older model white SUV likely a Chevy Suburban and you can even see someone on the passenger side aiming a BB gun out the window.

Investigators suspect it's the same person who struck at least 15 cars and two storefronts overnight Sunday, not just in Levittown, but also in East Meadow, Wantagh, and North Merrick.

But for volunteer firefighter Giorgio Mutino, it was literally insult to injury. Giorgio works hard to protect property in this community, and he also just hurt his back.

"270 members of this department come out to save people's lives and to help them in their property and you come and ruin my property, and that really bothers me the most," said Mutino said.

Police are most bothered by the threat of injury from someone with a BB gun.

"So if you're walking around and that pellet hits you in the wrong spot on your body, it could cause you to damage your eye, you know, it's going to hurt," said Det. Lt. Richard Lebrun, Nassau County Police Department.

Police are urging anyone else with information that may help solve the case, to call Crime Stoppers at 1-800-244-TIPS.