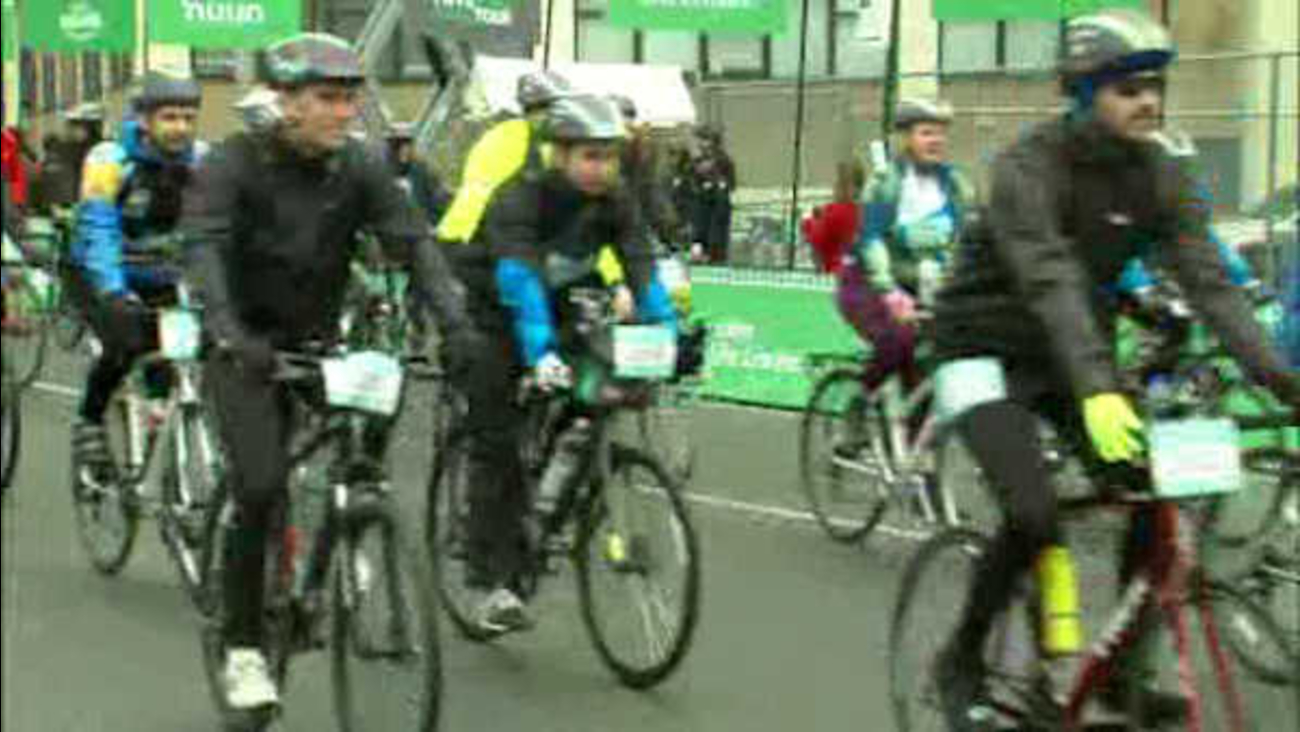 HARLEM (WABC) -- The NYPD has released surveillance images of two suspects wanted for an apparently random shooting in Harlem.

Both suspects are sitting on one dirt bike. Police say they and another man on a different dirt bike approached the victim in front of his building on West 118th Street Tuesday afternoon.

One shot was fired. The bullet grazed 49-year old Ralph Benjamin's head. He is in stable condition.

Benjamin is a maintenance worker at the Canaan Baptist Church in Harlem and lives nearby with his 14-year-old son.

"I got two holes in my head. It went in one end and out the other way," Benjamin said.

Benjamin spoke to Eyewitness News by phone from his bed at Mount Sinai St. Luke's Hospital.

Suspect #1 is described as wearing a tan coat and driving a green and white dirt bike.

Suspect #2 is described as wearing a blue denim jacket over a brown hoody, green pants, black socks, white sneakers and riding as a passenger along with suspect #1 on the same dirt bike.

Suspect #3 is described as wearing a red sweater and riding solo on a white and black dirt bike.