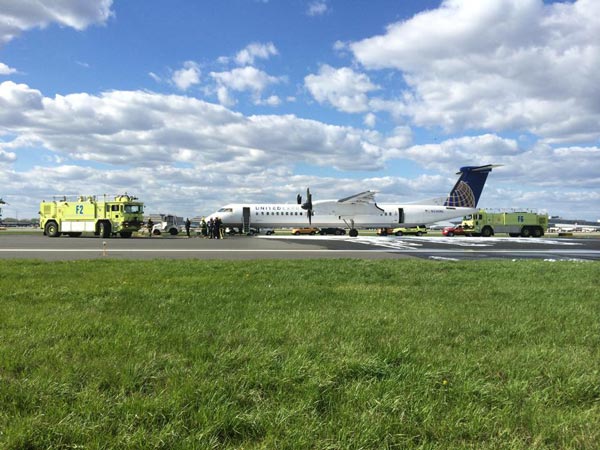 Airport officials say an engine fire broke out on United Express Flight #4882, which originated from Raleigh-Durham and was headed to Newark, New Jersey.

United Express Flight #4882 was diverted from Raleigh to Newark. All passengers have been evacuated and no injuries have been reported.

The cause of the engine problem is not yet known.

The plane was diverted to Philadelphia and all 75 people on board were evacuated safely. The fire was extinguished.

One passenger with reported history of heart conditions was taken to a local hospital.

Airport officials say flight activity was suspended for a time, but operations have since resumed.

Passengers headed to Newark on Flight #4882 are being bused from PHL to Newark Airport.