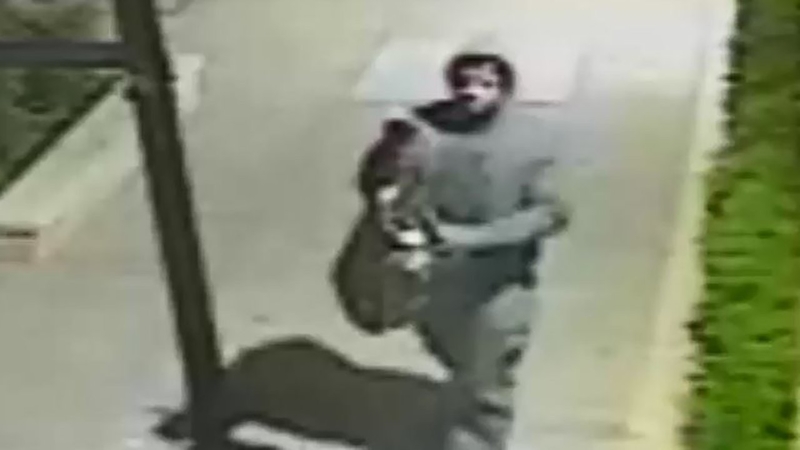 Man being questioned in 1 of 2 recent attacks in Harlem

HARLEM, New York (WABC) -- A manhunt is underway in Manhattan after a German tourist was brutally beaten and sexually assaulted during a mugging Thursday morning, and authorities are hoping surveillance video will lead to an arrest.

Police say the 31-year-old woman was attacked while returning to her Airbnb rental on West 146th Street and Frederick Douglass Boulevard in Harlem around 2:50 a.m.

Do you know this man? He brutally beat, robbed and sexually assualted a German tourist on W 146th Thursday morning @ABC7NY #harlem pic.twitter.com/dsHMb1flLj

The victim was repeatedly punched by the suspect, who took her purse, police said. After he knocked her to the ground, investigators say the suspect removed her clothing and sexually assaulted her.

She sustained numerous injuries, including broken teeth, and is hospitalized in serious but stable condition.

The suspect is described as a black man, about 5-foot-8 and 175 pounds, with short dark hair. He was last seen wearing gray sweatpants, white sneakers and a dark-colored hooded sweatshirt.

Police have linked the attack to a similar one that happened on around 4 a.m. on April 24 in the vicinity of West 145th Street and St. Nicholas Avenue. In that case, the suspect approached a 35-year-old woman from behind, simulated a gun and stole her handbag. Authorities say he also struck her numerous times in the face, pulled her pants down and touched her groin area.

The suspect fled the scene, and the victim was taken to Harlem Hospital.

One person is in custody in regards to the first incident, and police are currently questioning him. No charges have been filed.

Authorities believed they knew who they were looking for after he used the first victim's credit card.

"We showed it to that victim in a photo array, and she identified him immediately," NYPD Chief of Detectives Robert Boyce said. "So we're going forward with arresting him. Once we have him, we'll put him in a lineup for the second case."