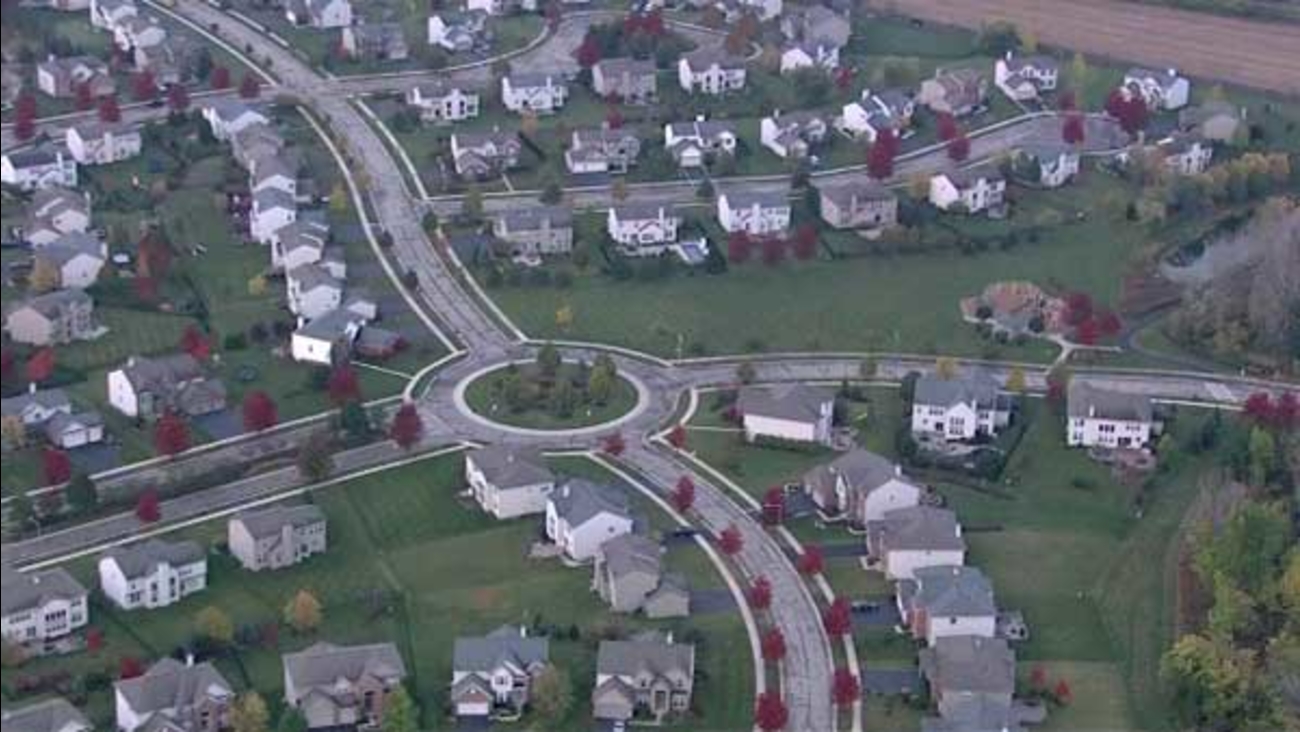 A woman was fatally stabbed in a home in southwest suburban Plainfield. A short time later, investigators said the suspect in her murder was involved in a deadly crash on I-55.

PLAINFIELD, Ill. -- Police in Plainfield, Illinois, are investigating the deadly stabbing of a woman, allegedly by her husband, who then walked into traffic and was fatally struck by a vehicle.

Authorities conducting a welfare check in the 25000-block of Prairie Grove Court just after 8:05 p.m. Tuesday found the 47-year-old woman unresponsive inside the home. She was not breathing and had been stabbed several times.

The woman was transported to Rush Copley Hospital in Aurora, where she later died.

Plainfield District 202 officials said Wednesday they were told one of their teachers was stabbed by her husband Tuesday night.

The victim, who has not been identified, taught physical education and health at Plainfield North High School and had been with the school since 2006, district officials said. She taught at Plainfield Central from 2002 to 2006.

Officials said she had been on medical leave this year.

Around 8:15 p.m., the woman's husband was fatally struck by a vehicle on northbound I-55 just north of Route 126, Illinois State Police said.

The Will County coroner's office said the man, who lived in Plainfield, walked into traffic before he was hit.

He was taken to Adventist Bolingbrook Hospital, where he was pronounced dead at 10:06 p.m. The coroner's office said his name and age will be released pending notification of his family.

An autopsy is scheduled for Wednesday. No citations or charges have been issued.

A woman was fatally stabbed in a home in southwest suburban Plainfield. A short time later, investigators said the suspect in her murder was involved in a deadly crash on I-55.