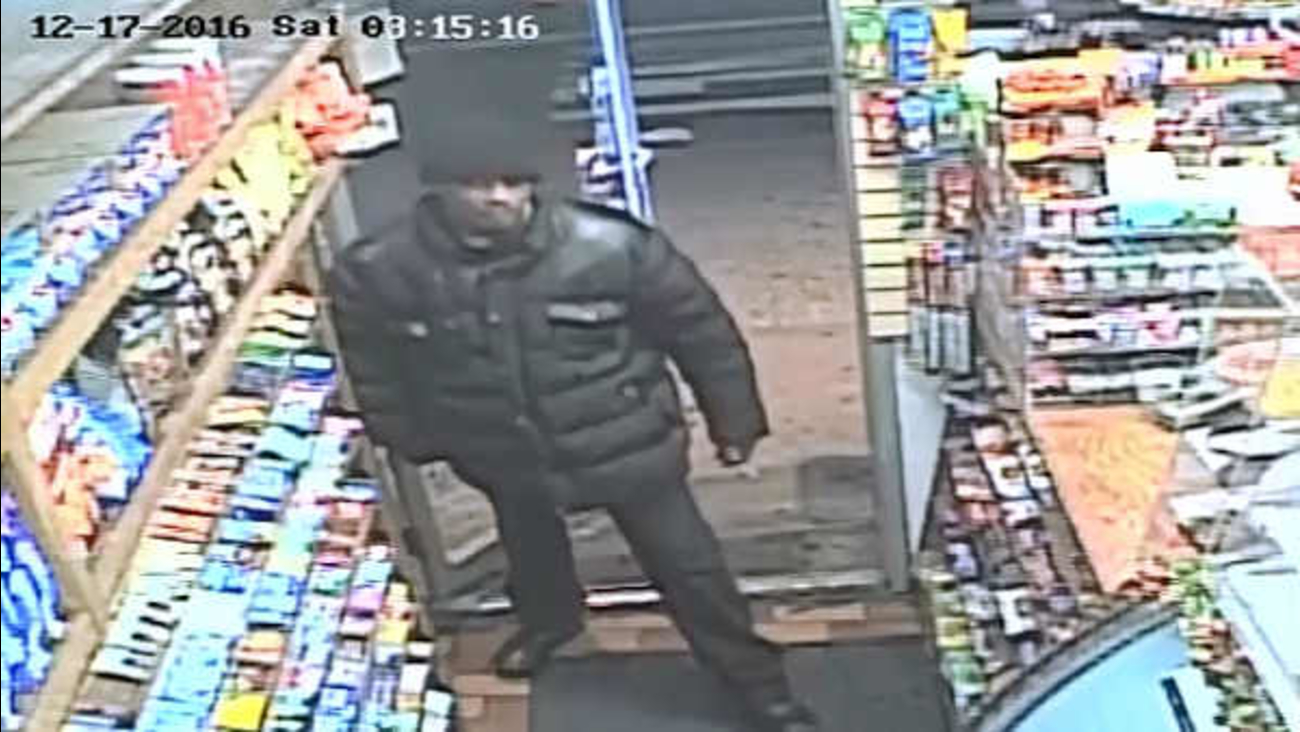 MIDTOWN EAST, Manhattan (WABC) -- The NYPD has released surveillance images of the man suspected of killing another man during a dispute near Bryant Park Saturday morning.

Investigators say 27-year-old Terrance Walker, who was homeless, was found with a gunshot wound to the torso near West 40th Street and Sixth Avenue.

He died at the scene.

There is still no word on the motive.

Police say the gunman wandered into a deli two blocks south of the shooting scene about an hour later.