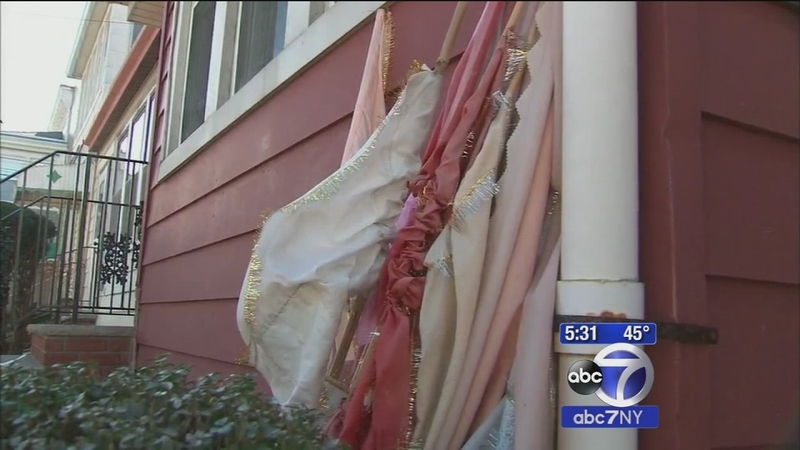 WOODHAVEN, Queens (WABC) -- Police are searching for the man who lit more than three dozen religious flags on fire in front of a Queens home.

The NYPD released images showing the man in the front yard of a Woodhaven home, lighting fire to 40 religious Hindu flags.

"I don't think he was mental - he knew what he was doing," said neighbor Boorandeo Sukhraj.

Sukhraj lives next door to where everything happened. Just after 1:00 on Thursday morning while everyone in the neighborhood was sleeping, police say the suspect lit 40 of the brightly colored Hindu prayer flags on fire. The sacred items are symbols of faith.

The man took off southbound on 80th Street after starting the fire, police say.

No one was hurt. The suspect is described as wearing a three quarter length jacket, baseball cap and pulling a medium size travel bag.