WABC
By Eyewitness News
MIDTOWN, Manhattan (WABC) -- A 46-year-old man who police said became belligerent at a supermarket then wielded a knife, was shot to death by police in Midtown Wednesday.

The shooting was on Eighth Avenue near West 49th Street just before 8:30 a.m.

Police said the man was inside a Food Emporium store when he got into an argument with a cashier while trying to purchase beer. He became "aggressive and belligerent," said NYPD Chief of Department James O'Neill.

A police officer responded, and he and the suspect began to struggle. They fell to the ground outside the store. When the suspect got back on his feet, O'Neill said, he was armed with an 8-inch knife.

Two other officers who also responded ordered the suspect to drop the knife, but O'Neill said the suspect continued to approach them with the knife. An officer and a sergeant fired about nine shots at the man, who was pronounced dead at the scene.

"We do have video that has been recovered that gives us a pretty good understanding of what happened," said NYPD Commissioner William Bratton. "From what I've seen, our officer was clearly being attacked, and being very quickly attacked, it unfolded very very quickly."

The suspect, later identified as a Broadway stagehand, has five prior arrests, including 3 in New York City.

RELATED: Here's what we know about the knife-wielding man shot by police

One of the officers sustained a wound during the confrontation, but it was not from gunfire. It is unclear how he was hurt. He was taken to Bellevue Hospital with a minor injury.

The suspect's knife was recovered at the scene. 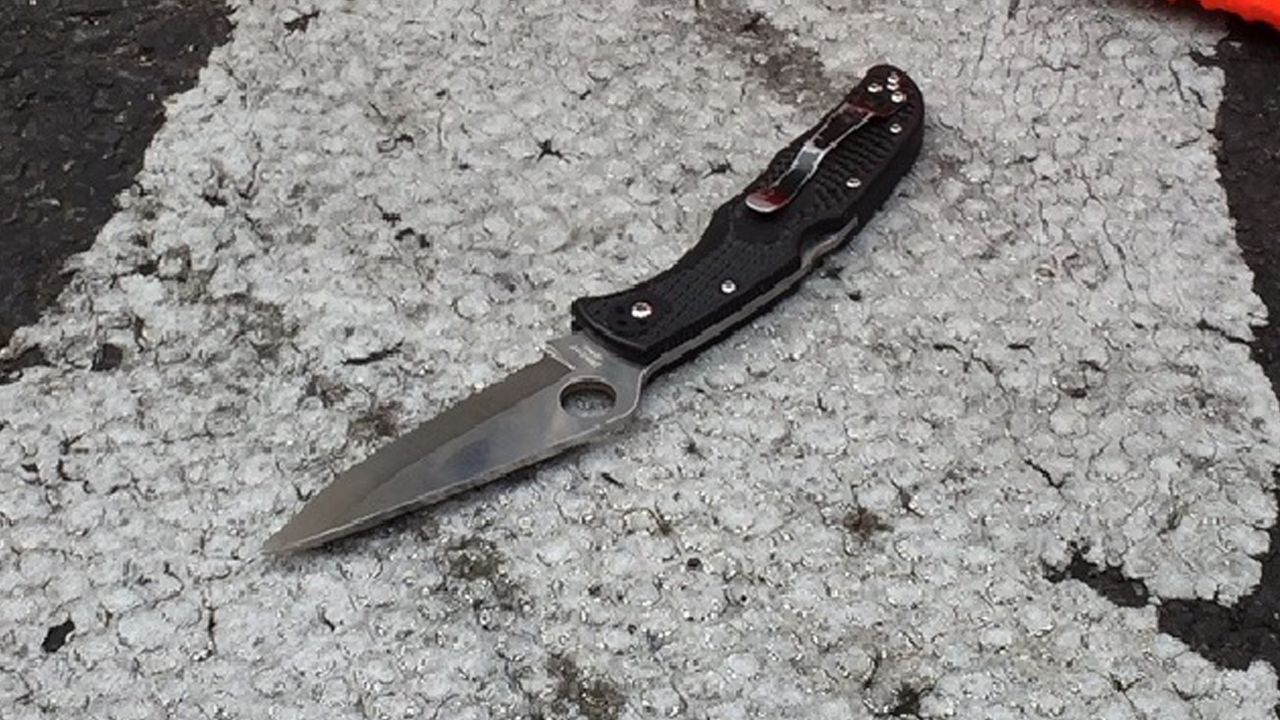 Here's a view of the scene from above via NewsCopter 7:

A 46-year-old woman bystander at the scene sustained an apparent graze wound to the wrist. She also was taken to Bellevue.

Local streets in the area were closed, including Eighth Avenue, Broadway and the nearby cross streets.

SO MANY WITNESSES
The shooting happened in a very busy section of the city at rush hour, leaving many people to witness what unfolded.

Many people posted their reaction on social media:

#HappeningNow Someone got shot on 49th street. Police surrounding the area. Media and large crowd on site. pic.twitter.com/2d9GOMRUS7

Saw the #NYPD cop who shot the man dead - he left scene in tears traumatized. Every human being would have acted the same in #selfdefense

"Ran to the window, saw multiple police officers, only one had the gun in his hand shooting. He shot the guy six times to the ground," said witness Tamar Mendelsohn.

"I will say that the officer that did initially fire the shots, when other cops showed up he kind of collapsed into their arms. He was definitely grieving," said witness Justin Aharoni.

Here's a picture from the scene (courtesy @ShaneDuffyDaily): 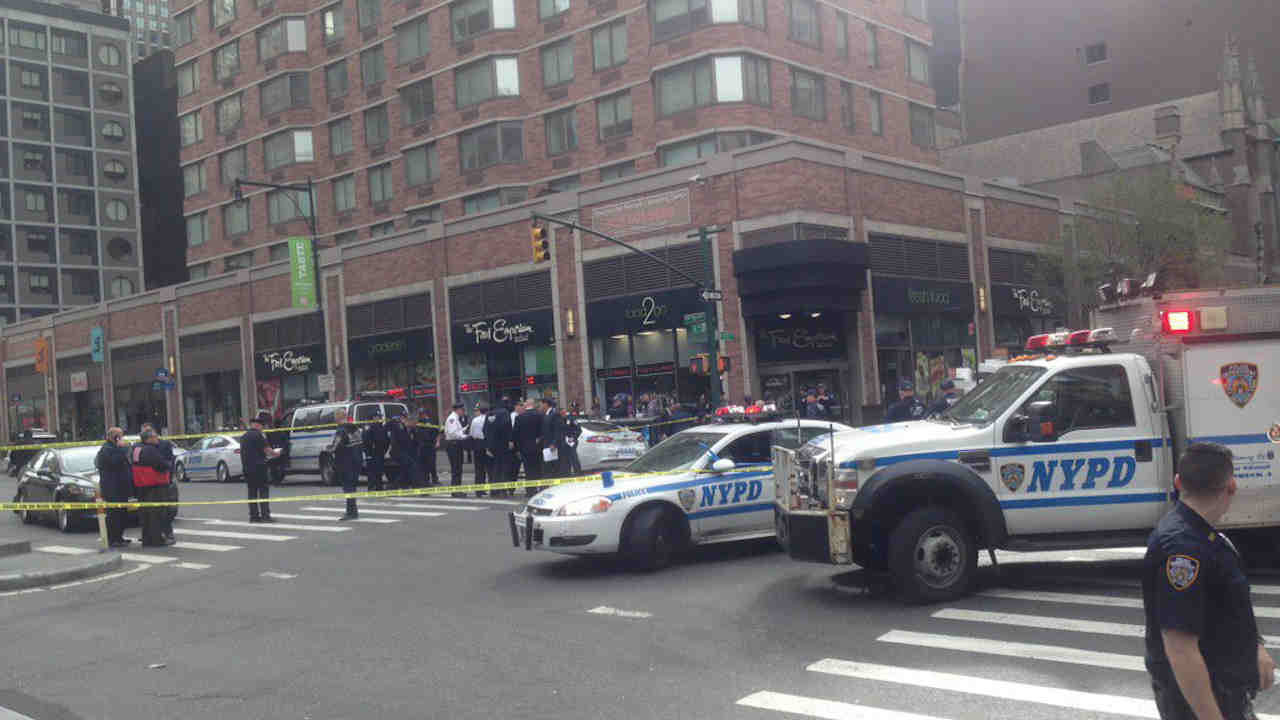