KGO
SAN FRANCISCO -- Sitting on a bus stop and eating pizza -- two perfectly legal things, unless you do them at the same time.

In San Francisco's UN Plaza, police interact with the homeless all the time, but this was a little different.

"When we read what the citation was for, it definitely caught our attention," said Kelly Cutler of the Coalition on Homelessness.

The coalition had to do some legal research.

"We don't tend to see a ticket for eating pizza at a bus stop," said Cutler.

One man, who was doing the same thing, wasn't aware he was breaking the law. "Um, this is a public street, I'm pretty sure," said social worker Gavin James.

Activist Shaun Osburn made an event on Facebook to protest the citation. "Like a little party where all of us that work around here just ate pizza at the bus stop in question," he said.

But with the hashtag "legalize pizza," the protest spread across the city from the Tenderloin to city hall. One activist even rode across town eating a slice at every bus stop as she went, and the leftovers, well -- who doesn't love pizza?

Besides having a tasty lunch, the folks at the protest are trying to prove a point -- that their fellow pizza lover was ticketed under a law they say isn't evenly enforced.

"All of us are privileged enough that we won't get cited," said Osburn. "We won't get profiled as a homeless or a poor person eating at this stop."

Indeed, police issued no tickets to the protesters.

"If they're eating pizza peacefully, they have a right to do that," said San Francisco police officer Robert Rueca.

In the case of the homeless man, they say pizza wasn't the problem.

"There are other details that I can't get into," Rueca told ABC7 News. "The entire incident was not on the fact that this person was eating pizza."

Police and protesters agree on one thing -- it's not about the pizza.

"It's just a tool that's being used to get people to move, the problem is, where are they supposed to go," Cutler told ABC7 News.
Related topics:
san franciscoprotesthomelessfoodsocial mediamunisfpdmass transitpizzapolicebart
Copyright © 2021 KGO-TV. All Rights Reserved.
RELATED 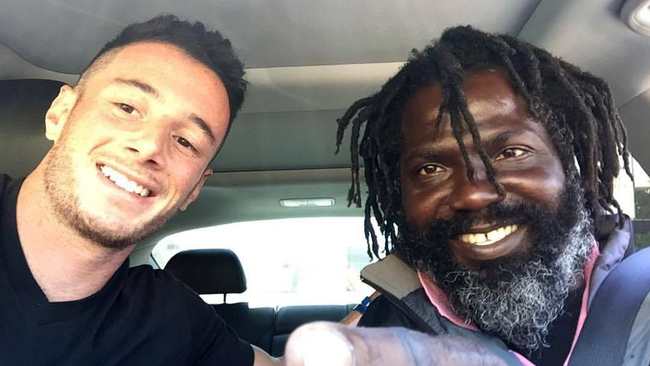 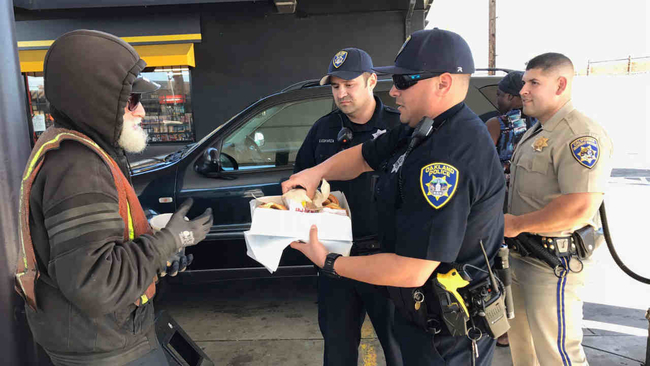