Metro-North transit back to normal schedule after tractor-trailer fire 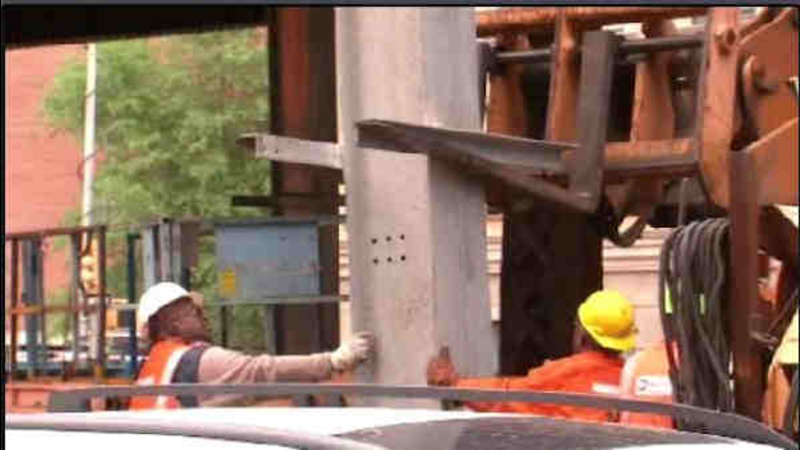 On Thursday, Metro-North was operating on what it called an "enhanced Saturday schedule", providing about 75 percent ridership capacity.

"Customers should continue to expect delays and crowded conditions on Thursday and, if at all possible, are encouraged to work from home or find alternate travel plans," Metro-North said. An estimated 150,000 passengers endured overcrowded, slow commutes on Wednesday.

The fire broke out Tuesday night at a garden center underneath Metro-North tracks in Manhattan's East Harlem section, north of Grand Central Terminal, halting train service for hours and damaging a center column beneath a viaduct holding the elevated tracks. Crews were installing six temporary steel columns until permanent repairs could be made.

"Crews have made significant progress on repairs to the railroad's Park Avenue Viaduct that was damaged by Tuesday's four-alarm fire beneath the structure," Metro-North said in a statement.

Fire marshals determined that the blaze fire was accidental, caused by fuel spilled while refueling a generator at the Urban Garden Center. The store leases space from the city under the tracks at 118th Street at Park Avenue, but FDNY spokesman Jim Long said the fire department had not issued permits for the handling or storage of fuel or propane at the location.

"This business owner did not apply for the necessary permits to store flammable materials in these quantities at this location," the mayor's office said in a statement. "Had the business followed the law, FDNY would have assessed the site and determined that this storage of flammable materials should not be allowed."

Twenty propane tanks were found inside the garden center, and the MTA is calling for an investigation.

"Should we have material like that stored under such a vital, critical piece of infrastructure?" MTA Chairman Tom Prendergast said. "That's a question that needs to be asked and answered."

The city's Economic Development Corp., which leases the space, said if the fire department's investigation finds any violations, "we will take swift and appropriate action."

Mayor Bill de Blasio said he supports the notion of the business, but the city will investigate if the health and safety standards are being followed.

"Sometimes there are just pure accidents in life," he said.