WABC
NEW YORK (WABC) -- The New York City Health Department and other city officials met with residents in the Bronx Wednesday night to discuss the cluster of the rare disease transmitted by rats.

One of the victims of leptospirosis lived at 750 Grand Concourse in the Bronx, and two others spent time within a block of that area.

All of the cases have been diagnosed in the last two months.

"Why would you wait until someone got sick and dies?" a resident said.

"We stand with the tenants. After deploying numerous tools to address persistent problems at this building, we are working with housing advocates and tenants to lodge an action against the landlord to take over operations," it said. "We will not rest until we've exhausted every measure to ensure the health and safety of these residents."

Dozens of frustrated taxpayers vented years of frustrations as they demanded answers to their questions.

"You have failed us," another resident said.

A rare rat borne disease called leptospirosis afflicted one resident of 750 Grand Concourse this week, along with two others in the neighborhood in December. A man in his 30's died.

It wasn't until Tuesday night the city discovered two dozen people living in illegal apartments in the rat infested sub-basement. Neighbors said they'd been there for long time.

"Listen. We failed. There's no question about it," said Letitia James, public advocate.

James has been talking about the landlord of this place for years.

"Are you a slumlord?" Eyewitness News reporter Josh Einiger said.

"It's been going on for years; I own the building 29 years, right. It is wear and tear, people live in the apartment, things break and I fix them up," Parkash said.

"This is a hole that happened 34 months ago," said Robert LeBron, a tenant.

LeBron's apartment is filled with crumbling plaster that serves as an open door for an army of rats.

"I have my broom by the door. In case there's one I'm going to try to go at it when I go in. I don't know what I'm bound to find," LeBron said.

When James shined a light on Parkash two years ago, the city was poised to take over the building, but she said he reduced the violations to a point where he could keep it.

"He knows the system," James said.

"I have three jobs. How can I be out of here and continue to pay rent without messing up my credit and marshals kicking me out cause as you all stated he know the law," a tenant said. "He knows how to play the game."
Related topics:
new york citygrand concourseillnessrats
Copyright © 2020 WABC-TV. All Rights Reserved.
RELATED 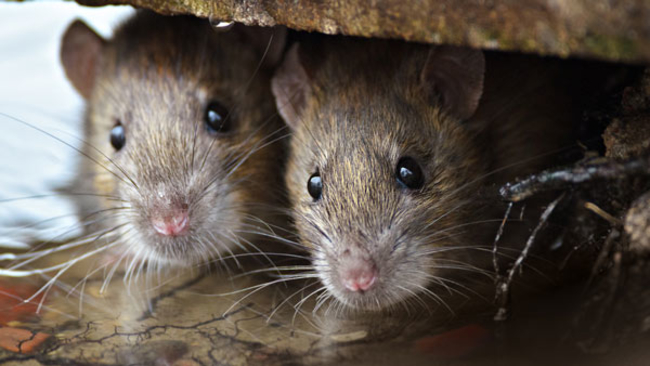