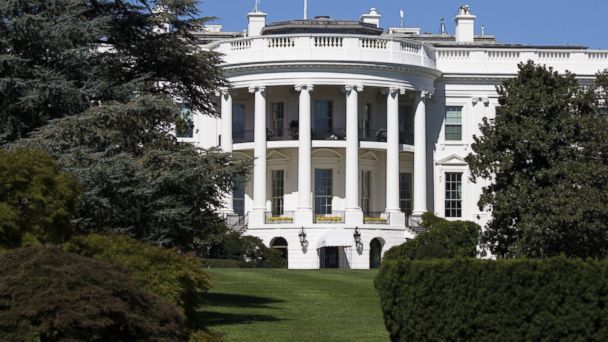 The Secret Service arrested a man Tuesday afternoon for using a slingshot to fire a "small object" at the White House.

Officers observed the man carrying a slingshot on Pennsylvania Avenue, along the north fence of the White House grounds, around 2 p.m.

He was quickly arrested after firing the "small object over the fence line," according to a Secret Service spokesperson, and was charged with possession of a prohibited weapon, assault with a dangerous weapon and assault of a police officer.

The man, Adam Olson, was previously arrested on Sept. 5 for allegedly breaking a window at the U.S. Capitol, according to a law enforcement source.

According to court records, after Olson was arrested, he said, "I have a listening device on me and people have been laughing at me for years. I am sick of it."

The Capitol Visitors Center superintendent estimated that the cost of repairing or replacing the window is between $15,000 and $60,000.

Olson was released on Sept. 7 with a "stay away" order, which prohibits him from being on or near the U.S. Capitol grounds. The order did not prohibit him from going to the White House.

Calls to Olson's court appointed attorney were not immediately returned.