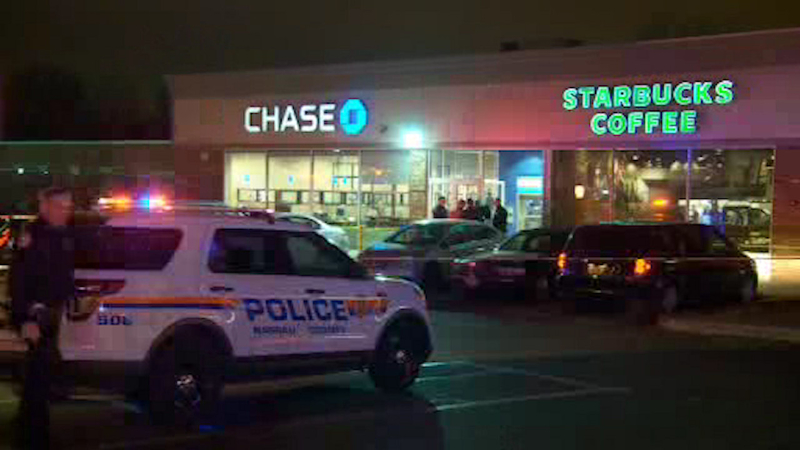 It happened at the Chase Bank on Franklin Avenue in Franklin Square around 6 p.m.

"Entered the bank, announced the robbery, and pointed a black handgun at two security guards that were located inside the bank," said Asst. Chief Neil Delargy, Nassau County Police.

One of the two security guards, a retired police officer, opened fire on the suspect, striking him several times.

Innocent bystanders inside the bank hit the floor when the gunfire rang out.

The suspect underwent surgery for his wounds but is expected to survive and is listed in serious condition.

The bank will remain closed while police investigate and gather evidence.