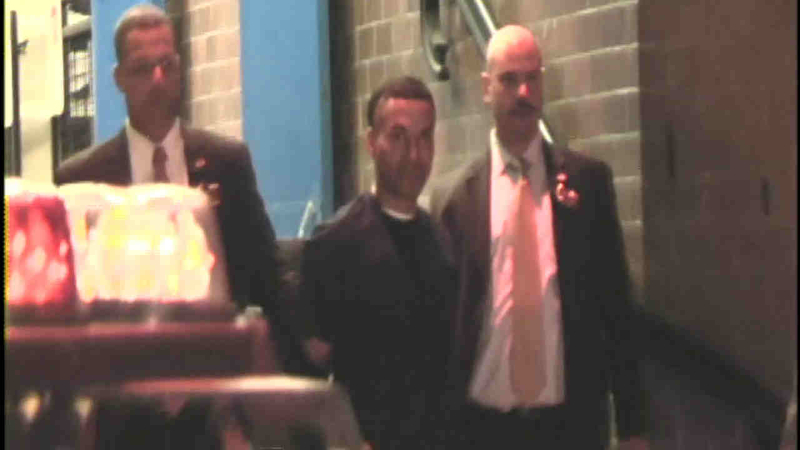 INWOOD, Manhattan (WABC) -- A man is under arrest and facing charges in connection with several sexual assaults of women in their Inwood apartments.

Authorities say 35-year-old Yenson Reyes is a serial burglar who now faces charges of sexually assaulting women who discovered him inside their apartments on at least two occasions.

Reyes is accused of breaking into an apartment on West 212th Street on October 6 and waking up a mother and a daughter while armed with a kitchen knife, before allegedly sexually abusing the 17-year-old daughter in front of her 66-year-old mother and fleeing through a bathroom window.

That attack is similar to the most recent sex assault, which happened on October 30. Police say a 26-year-old woman was inside her apartment on West 213th Street when she walked out of her bedroom to find a stranger in her living room.

When she screamed, authorities say Reyes took out the screwdriver and said "I will kill you." Police said he made her show him the valuables in the apartment before sexually assaulting her. He allegedly tied her hands with nylon, told her to lie down and climbed out the kitchen window with her MacBook, iPad, two cell phones and $300.

Reyes reportedly has been arrested by the NYPD 29 times, most recently in connection with a string of six petit larceny cases in October. He also has prior arrests in Florida for burglary and was released from prison last November after being convicted on multiple counts of burglary, attempted burglary, aggravated assault domestic, tampering with a witness and battery of a law enforcement officer.