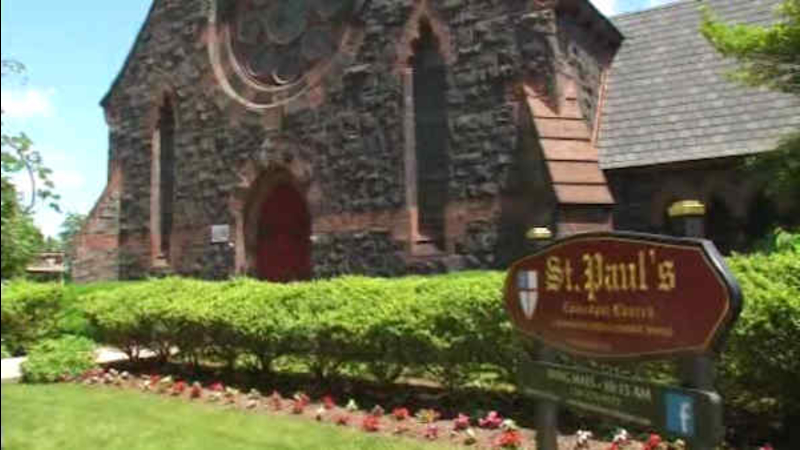 "Sunday morning during the Mass, someone came down the side aisle and saw that there were burned rags, broken glass in the aisle," the Reverend Frederick Schraplau said. "We recognized it as a Molotov cocktail."

The church was closed the entire time, and the fire caused minor damage to the floor.

"We don't have air conditioning, so we leave the windows open to cool it off overnight," Rev. Shraplau said. "So somebody obviously tossed it in. We were lucky the window doesn't open all the way. This way, it was just sort of lobbed in as opposed to deep within the church. If it had landed on the pews or the wooden floor, we really would've had a massive fire."

No arrests have been made and the motive is unclear, but church officials say they have a theory as to why it might have happened. Rev. Schraplau believes it involves an old shed on the back lot of the property, where he said a homeless man had been living.

"For six months or more, all during the winter," he said. "We kept asking him to leave, and finally we had to literally board up where he was living, because it is dangerous."

The man left two weeks ago and hasn't been seen since. Extra security is now being added.

The arson is being investigated as a possible bias crime.