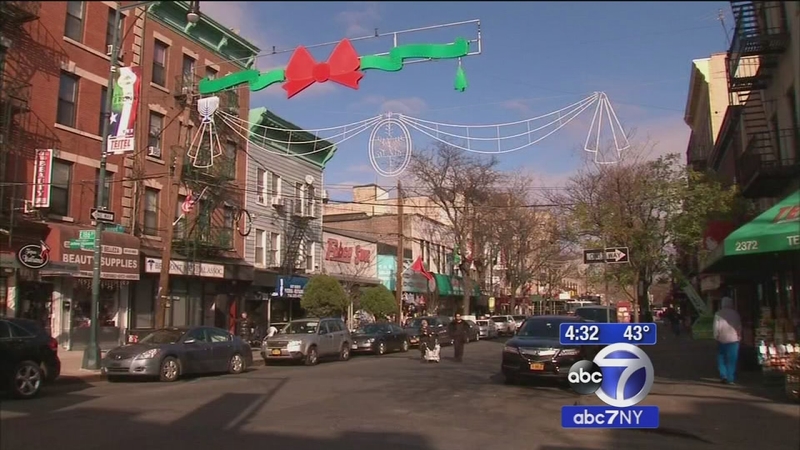 BELMONT, Bronx (WABC) -- A Bronx neighborhood says there will be no tree lighting this year. Business owners in the area are saying a spike in panhandlers has forced a cancellation of this year's celebration - an annual tradition in Ciccarone Park on Arthur Ave.

"This is a neighborhood of traditions - a well-knit neighborhood," says Arthur Ave. merchant Michael Teitel.

Apparently, the Belmont Business Improvement District, which funds the yearly holiday event says money normally used to pay for the tree lighting is now used for extra security - security that is focused on the increased number of panhandlers in the area. Eyewitness News wanted further explanation from the BID, but despite repeated attempts, they never responded.

Other people told Eyewitness News that all the BID had to do was ask neighborhood retailers for some financial assistance, and the tree lighting would have happened.