Staten Island family torn over 13-year-old's suicide; says he was bullied in school

WABC
BAY RIDGE, Brooklyn (WABC) -- In just two weeks, Daniel Fitzpatrick would have been celebrating his 14th birthday. He was set to begin a new school in the fall, and was enjoying a new football team.

On Thursday, Daniel's life came to a tragic end when his sister discovered him hanging by a belt in the family's Staten Island attic. Police later discovered a note where Daniel had written three haunting words: 'I give up'.

"I miss my son so much, it breaks my heart that it had to come down to this, because he was such a good person," said Daniel's mother, Maureen Fitzpatrick, "I'm never going to hug my son again, I don't want to bury my son."

Daniel's heartbroken parents say Daniel gave up after years of being bullied at Holy Angels Catholic Academy in Bay Ridge. In fact, Daniel drafted a letter in July spelling out the unrelenting torture he says he received from classmates and teachers who didn't listen to his cries for help. 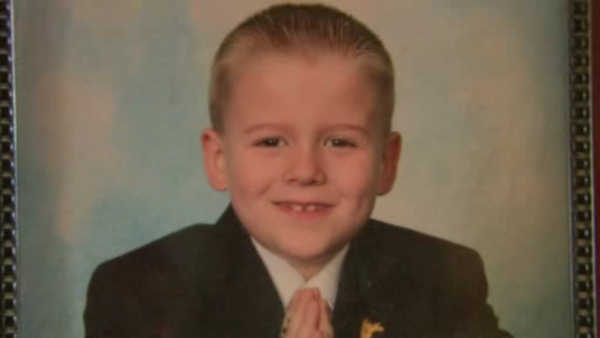 Carolyn Erstad, a spokesperson for the Diocese of Brooklyn says school administrators never turned a blind eye or a deaf ear to Daniel's complaints, and repeatedly provided counseling and support. Each of his classmates were interviewed about bullying, and NYPD officers visited both the 7th and 8th grades last year.

"They loved Danny, they cared about this young boy, and they sincerely believe that they did everything in their power to help him," Erstad said.

Now Daniel's family is planning a funeral instead of a birthday, and they vow his untimely death will not be in vain. They hope to start a benefit in Daniel's name to raise money and awareness about bullying and teen suicide.
Related topics:
bay ridgenew york citysuicidecatholic schoolbullyingteenagerteenteenagersanti bullying
Copyright © 2020 WABC-TV. All Rights Reserved.
More Videos
From CNN Newsource affiliates
TOP STORIES