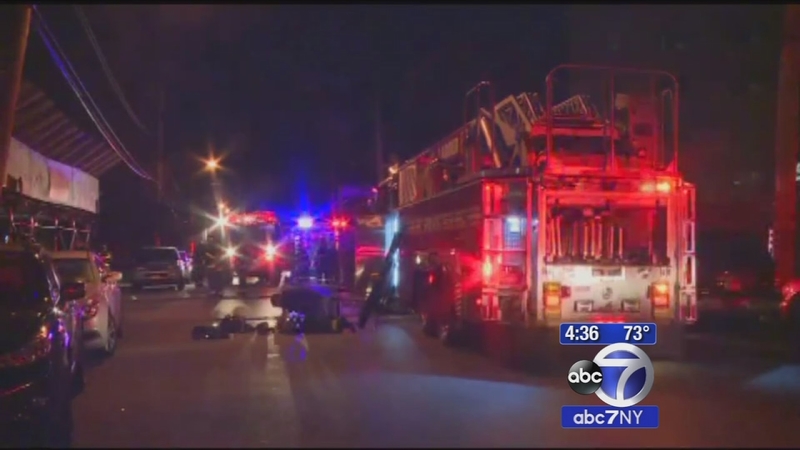 MARINER'S HARBOR (WABC) -- A 37-year-old Delaware man died trying to get five other residents out of a burning Staten Island apartment to safety late Sunday.

The blaze broke just before midnight on the second floor of a building on Brabant Street in Mariner's Harbor.

Investigators say 37-year old Caleb Wilder, of New Castle, was outside the fire apartment but ran in to help put out the flames and help the residents.

Wilder ran into a burning apartment to save his mother who called him to say she was inside and needed help.

He was outside of the building at the time and took the elevator up with his brother to the second floor apartment. They were able to get their mother to safety. But when he got downstairs he was in bad shape.

"His mother's been living there well over 20 years," said family friend Ralph Williams.

Williams says Wilder lives in Delaware but was in town to spend time with family and friends.

"I just broke down in tears, in total disbelief, he was coming to visit me today actually," he said.

Investigators say Wilder and his brother took the elevator up to the second floor to rescue their mom from the flames. They made their way through heavy smoke and got her out of the apartment. They took her down the stairwell, where fire crews met up with them.

When they got outside Wilder began to experience shortness of breath and went into cardiac arrest. He was taken to Richmond University Medical Center where he was pronounced dead.

Investigators say five other people were treated for injuries. They are all expected to be OK. Friends say Wilder should be remembered as a man willing to risk everything for family.

Investigators believe this fire was started by candles being used in the apartment.