WABC
BUSHWICK (WABC) -- A man arrested in the death of his 3-year-old stepdaughter, who police say was beaten inside a Brooklyn apartment, was arraigned from his bed at Bellevue Hospital Wednesday.

Kelsey Smith, 20, was ordered held without bail on charges of second-degree murder, first-degree assault, first-degree manslaughter and endangering the welfare of a child.

The medical examiner ruled that Jeida Torres died after blunt impact to her head and torso. Her 5-year-old brother was also assaulted and found with bruises on his body.

Police say they received a 911 call Saturday afternoon from a neighbor, who reported screams coming from inside the homeless shelter on Cooper Street in Bushwick. When police arrived, they found the two children inside. Jeida was unconscious and unresponsive.

An FDNY spokesman says Jeida was rushed to Wyckoff Hospital in cardiac arrest and was pronounced dead.

Her brother told told police that his stepfather became enraged when Jeida had a bathroom accident.

The children were being watched by Smith, their mother's new husband, who was not home when police arrived. Police said Smith was angry that Jeida had the accident, so he took off her soiled diaper and told her to eat it.

He then kicked the girl, according to police, knocked her head against the bed frame and choked her. The brother tried to come to her aid, and he was punched several times, police said.

Smith then called his wife, reportedly telling her he had "f----d up" and hit Jeida and that she was not breathing. The mother then called 911.

Police arrived at the apartment, and the brother opened the door.

The suspect initially fled to the Queens home of his stepfather's sister. He told them his version of what happened and then slit his wrists.

"He went in the bathroom, and tried to cut his veins," Almodovar said. "He felt guilty and tried to kill himself."

In video obtained exclusively by Eyewitness News, you can see what appears to be one of Smith's family members flagging down an ambulance, and then paramedics heading into the second floor unit. Smith is taken out of the apartment roughly nine minutes later.

He was taken to Elmhurst Hospital for treatment and a psychiatric evaluation prior to the transfer to Bellevue.

"Why do this to a little girl, why?" said Alejendro Hernandez-Torres, Jeida's uncle. "For something so innocent as someone trying to be toilet trained?"

Hernandez-Torres traveled from Indiana to support his brother, Pedro, who has been by his son's side at the hospital as he recovers from the attack. Hernandez-Torres says his niece and nephew were inseparable.

"Right now, he's in the hospital because he tried to protect her," Hernandez Torres said.

He says that for some time, Pedro had been desperately trying to see his kids.

"As much as my brother tried, they had their mother," he said. "And she got married to Mr. Smith and allowed this to happen."

Smith has 15 prior arrests, most recently in August, when he was charged with criminal mischief and obstructing governmental administration, among others. Many of his arrests arrest records are sealed.
Related topics:
bushwicknew york citychild abusechild killed
Copyright © 2020 WABC-TV. All Rights Reserved.
RELATED 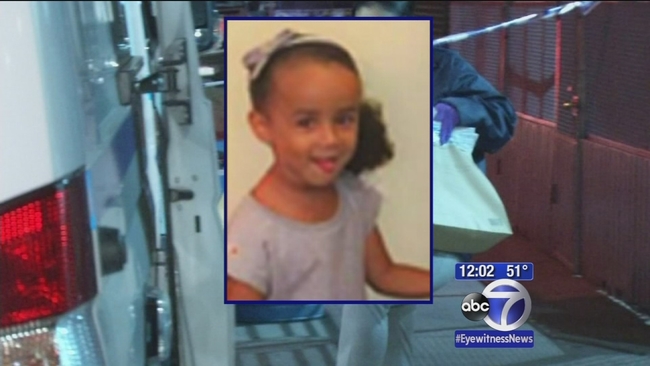