WABC
By Diana Rocco
GREENPOINT, Brooklyn (WABC) -- A suspect was killed in a police-involved shooting Sunday morning in Brooklyn.

Officers responded to Cooper Park Houses in Greenpoint at 7:44 a.m. for two 911 calls - one for an armed gunpoint robbery, and the other for a man with a gun.

When officers responded, witnesses said a man with a gun was threatening people outside the housing complex.

Police say the suspect, a man in his 30's, was shot after he fired five times at responding officers.

A responding officer shot the suspect at least once in the torso, according to the NYPD. He died at Woodhull Hospital.

Police say the suspect had a gun which was recovered at the scene. 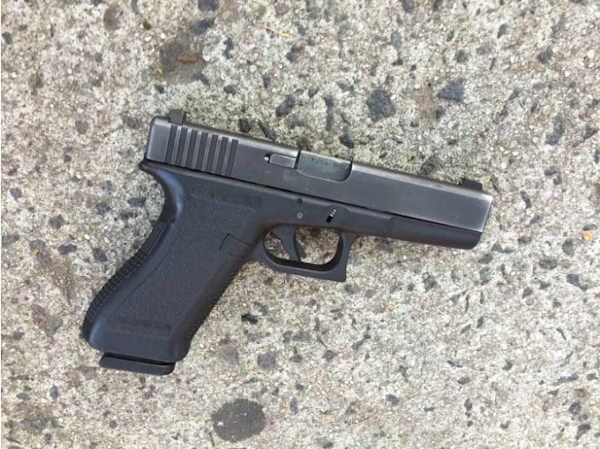 No officers were injured. The officer who shot the suspect was taken to Elmhurst Hospital for evaluation.

Cellphone video shows the suspect going down. Shots can be heard as he exchanges gunfire with police.

"Heard a little screaming, then I hear like a pow..Like a firecracker," said a neighbor, Darlene Roman. "Then I heard another one, then like a back and forth thing. Then when I look out the window, I saw the police. They say get behind the tree, get behind the tree, freeze!"
Related topics:
new york citygreenportnypdofficer involved shootingbrooklyn newsbaton rouge police shooting
Copyright © 2020 WABC-TV. All Rights Reserved.
More Videos
From CNN Newsource affiliates
TOP STORIES