AP
By COLLEEN LONG
TIMES SQUARE, Manhattan -- A U.S. Navy veteran pleaded not guilty Thursday to murder and attempted murder after he was accused of intentionally mowing down pedestrians on a Times Square sidewalk, killing a woman and injuring 22 other people.

Twenty-six-year-old Richard Rojas, dressed in a beige jail uniform, mostly looked down at the defense table during his arraignment in the May 18 melee. He spoke only to tell the judge good morning; his lawyer entered the plea.

The mother of one of the victims, high school student Jessica Williams who was badly injured, sat in court and cried during the brief hearing with two others, including a man who gave Rojas the finger as he left court.

In June, the mother, Elaine Williams, accepted her daughter's diploma at Dunellen high school on her behalf, wearing her cap as she and another injured girl, Destiny Lightfoot, received a standing ovation. Jessica Williams was hospitalized still at the time of her graduation but it's not clear if she remains so. The family had no comment Thursday.

Rojas' attorney said outside court it was a "terrible thing that happened."

"But how we handle this type of a case will determine how civilized of a society we are," said defense attorney Enrico DeMarco.

Prosecutors say Rojas, who lived with his mother in the Bronx, drove his car from his home through Times Square, then made a U-turn, steered his car onto a sidewalk, and roared back up the sidewalk, plowing through helpless tourists for three blocks before he crashed his car into protective barriers.

Photographers snapped pictures of a wild-eyed Rojas after he climbed from the wrecked car and ran through the street waving his arms. He told police he'd been smoking marijuana laced with the hallucinogen PCP.

According to prosecutors, Rojas said he wanted to "kill them all."

The impact killed Alyssa Elsman, an 18-year-old from Portage, Michigan, and injured her 13-year-old sister, Ava.

Rojas has several prior criminal cases. He pleaded guilty shortly before the crash to harassment in the Bronx after he was accused of pulling a knife on a notary in his home. He also had two previous drunken driving cases.
Report a correction or typo
Related topics:
times squarenew york citytimes square pedestrians struckpedestrian struckaccident
Copyright © 2020 by The Associated Press. All Rights Reserved.
TIMES SQUARE PEDESTRIANS STRUCK 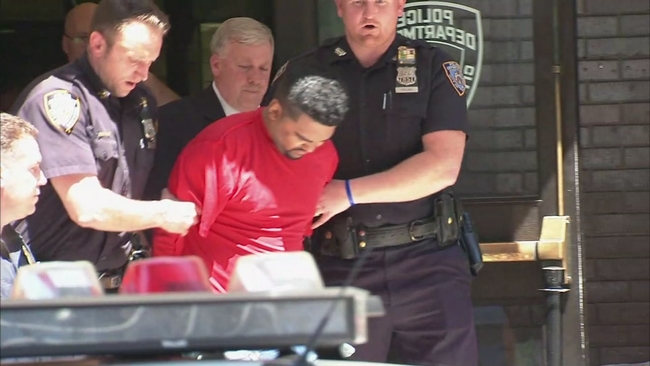 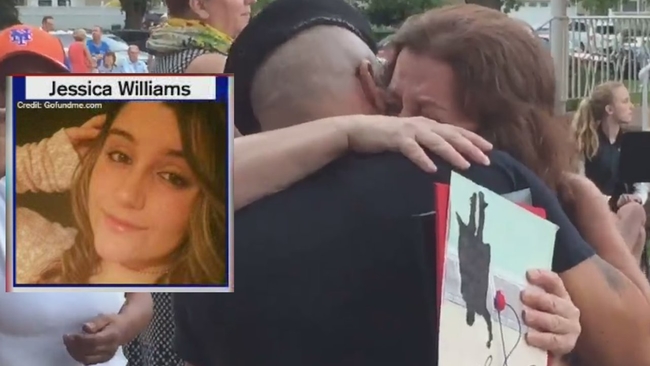