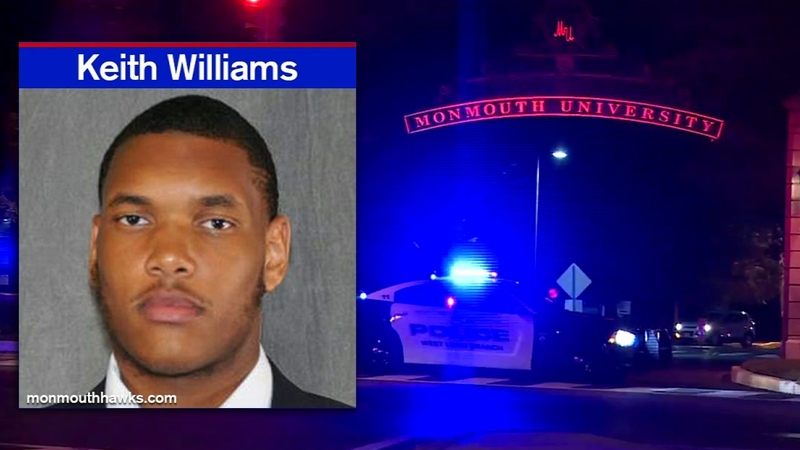 Suspect in custody in gun scare at Monmouth University

WEST LONG BRANCH, New Jersey (WABC) -- The suspect in an attempted armed robbery at Monmouth University has been identified as a football player at the college.

Keith Williams is being charged with first-degree armed robbery. He's being held on $100,000 bail, with no 10 percent.

Williams, 18, is from Baltimore, Maryland.

He was wearing a mask and dark clothing.

When the students refused, he pulled out what appeared to be a handgun and again demanded their cell phones, authorities say.

The students ran away to a safe location and the suspect fled with nothing.

The students notified campus police and local authorities were then notified.

The university was back to normal Wednesday morning following the reports of someone with a gun on campus that prompted a lockdown as a precaution for the safety of the students.

The two students were approached in an on-campus underpass referred to as the tunnel, an underpass for students so they don't have to cross the street.

Students were told to shelter-in-place while police gathered evidence. The university sent a message to students via social media and reverse calls on Tuesday night.

Suspect in recent campus event has been apprehended. We're requesting that lockdown be maintained as police search for evidence.

Williams was apprehended by police in a campus dorm around 10:30 p.m. Tuesday.

The school tweeted overnight that the weapon had been recovered and the lockdown lifted.

The weapon wound up being an imitation gun but it closely resembled an actual semi-automatic handgun.