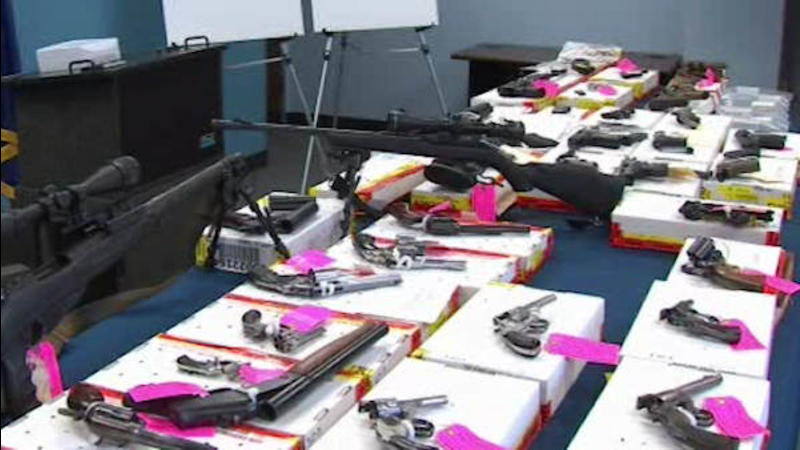 HAUPPAUGE (WABC) -- Two men, one currently and one formerly from Long Island, have been arrested in separate gun trafficking investigations in Suffolk County.

The charges stem from two separate gun trafficking investigations by police detectives and the Bureau of Alcohol, Tobacco and Firearms.

Authorities say Byrd purchased guns in North Carolina and returned to Suffolk County to sell them, while Miller is accused of buying guns from sellers he met in forums on firearms-related websites and then illegally selling them and ammo for cash.

Byrd and Miller are both facing dozens of charges, including the criminal possession and criminal sale of firearms.

Miller, who authorities said has mental health problems, was allegedly getting the weapons in pieces through online chatrooms, assembling and then selling them.