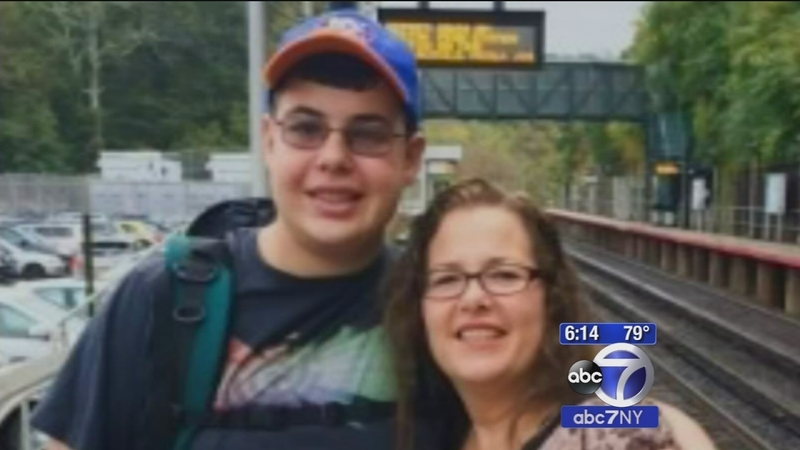 WEST HILLS, N.Y. (WABC) -- A teenager is being credited for saving his mother's life after a fiery crash on Long Island. 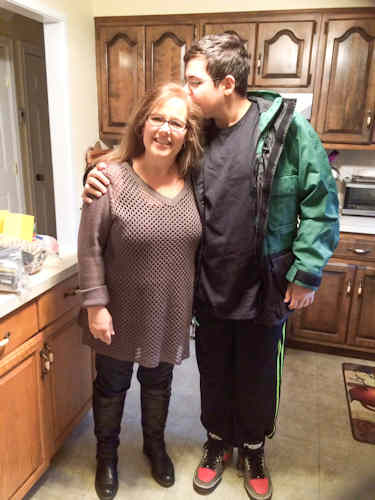 Tyler Gianchetta says it was only a matter of seconds. The car burst into flames moments after he pulled his mother to safety.

50-year-old Su Gianchetta was unconscious after she blacked-out behind the wheel and struck a tree.

Tyler climbed out the passenger side and then struggled to save his mom.

"How long was it before you got her out of the car and it actually caught fire?" Eyewitness News asked.

"25-30 seconds," Tyler said. "All I remember vividly was trying to pull her out frantically. I'm screaming at the top of my lungs, 'Help me!' because I know I can't lift her by myself."

Tyler says several neighbors and motorists came running and they all worked together. Su Gianchetta is listed in serious condition with internal injuries and broken bones.

"My wife has some minor burns, so obviously the fire started before she was fully out of the car. We'd rather not think about what could have been, but we're grateful he was able to do what he did. He's a hero. He's a hero and he's a special kid," said Michael Gianchetta, the victim's husband.

A "special kid," he says because Tyler is autistic. He's a high-functioning teen with autism who just finished his freshman year in college.

"I don't know when my hand got broken, I don't know if it was from the accident or from pulling her out. But I can tell you right now that if it got broken pulling her out, I'd break the other one to pull her out again. I'm getting the hero treatment, and I'm not a hero yet until I know she's OK. I know she's alive, that's step one, get her OK, that's step two," Tyler said.