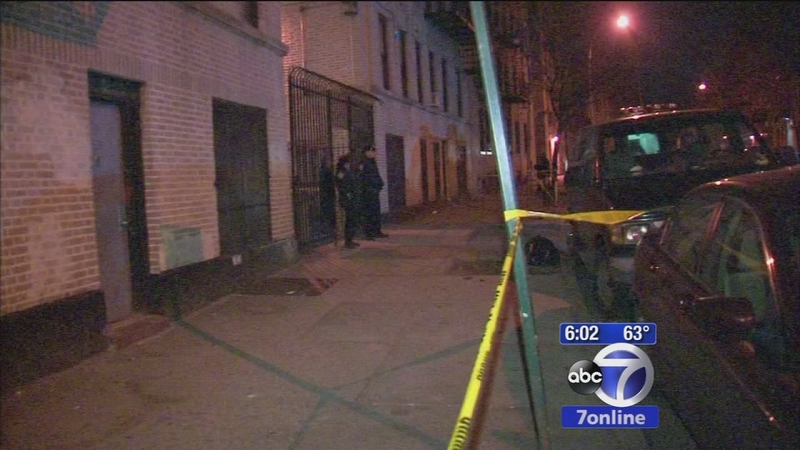 Teen falls off building after running from police

FORDHAM (WABC) -- A 17-year-old who tried to jump from one building to another while running from police in the Bronx Thursday has died.

Hakeem Kuta, 17, of the Bronx, died from his injuries Saturday morning.

The teen had been part of a group of about six believed to be loitering and smoking marijuana in the lobby of a building on the 2600 block of Valentine Avenue in the Fordham section. When police were alerted, they approached the group, which scattered.

Officers followed Kuta and a 14-year-old to the roof of the building, where they confronted them and told them to stop.

According to the New York City Police Department, Kuta then climbed over a 2- to 3-foot wall, apparently attempting to flee. The 14-year-old attempted to help his friend, but started to lose his footing. One of the officers grabbed the 14-year-old to prevent him from falling over the edge. Kuta was unable to hold on and then fell off the roof, dropping six stories.

The officers ran down the stairs, and into the courtyard where Kuta was on the ground to help. He was rushed to St. Barnabas Hospital in critical condition but died around 11 a.m. Saturday.

The building is enrolled in the New York City Police Department's Trespass Affidavit program, where owner of private buildings give police permission to conduct patrols inside.

The program used to be known as the Clean Halls initiative, and police response is frequently similar to that in city-owned public housing.

No summonses were issued, although marijuana was recovered in the lobby.