WABC
By Avianne Tan
WEEHAWKEN, N.J. (WABC) -- The teen who climbed to the top of One World Trade Center earlier this year has been arrested again in his hometown for allegedly ascending a water tower in Weehawken.

The incident happened on September 17, according to a New Jersey state official. An eyewitness captured cell phone video of the climb.

"I knew something wasn't right, so I looked up and saw the kid climbing, I've never seen anything like it," said Jim, a witness. 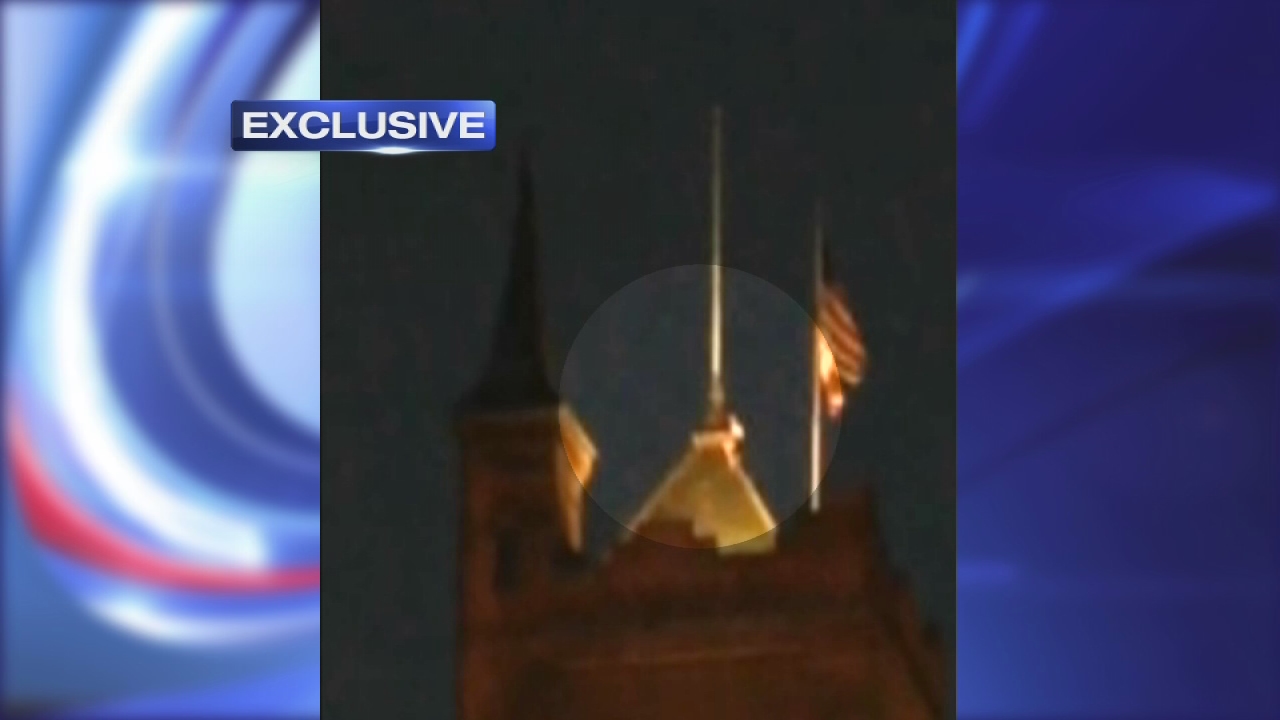 He was staring at a person more than 175 feet up in the air on the tippy top of the historic Weehawken Water Tower.

He didn't want to show his face, so we'll call him Jim, he shot this cell phone video, you'll only see on Eyewitness News, on the evening of September 17th.

He had no idea, that person was Justin Casquejo, the same teenager who slipped past security and made it to the top of one World Trade Center back in March.

"Was he nervous or did he seem comfortable?" Eyewitness News asked.

"No he was like a thrill seeker, he was happy, screaming 'Hey, I'm on top of the world,'" Jim said.

That's where Casquejo promised a judge, in a 1,200 word letter of apology that he'd never be again.

"The court is impressed by your sincerity, remorsefulness and willingness to accept responsibility for your conduct," Manhattan Criminal Court Judge Felicia Menin said at the time.

Sources tell Eyewitness News, the 16-year-old hopped a fence, snuck into the brick structure, possibly through a window and then took the stairs to the roof.

He kept going, and shimmied his way up to the pole.

Some residents say it was a stupid thing to do.

At one point, while hanging onto the tallest building in Weehawken, "At one point he took a picture, yes, his friend had a camera," Jim said.

Casquejo wasn't alone and was with at least one other teen who got away.

But Casquejo didn't get away and was arrested and later that evening.

"He's somebody who needs help. I mean first, World Trade now this, he's looking for trouble. I think he has something wrong with him," Jim said.

New Jersey state officials believe this is a violation of his probation in the New York City case.

Casquejo was charged with defiant trespassing and resisting arrest.

Casquejo was previously known for his World Trade Center climb, when he slipped past security and posted pictures online from the top of One World Trade building while it was still under construction in March.

Casquejo pleaded guilty in July to breaking a New York City misdemeanor law against scaling tall buildings without permission. He was sentenced earlier this month to 23 days of community service, which he had already completed.

Casquejo and his lawyer declined to speak at the sentencing or outside court. The Casquejo case and three extreme-skydiving fans who were arrested a week later for a September leap off the tower stirred officials' concern and prompted security changes at the trade center.

The guard he eluded was subsequently fired, and the building's head of security resigned. Both worked for a private company protecting the building. The government agency that owns the trade center, the Port Authority of New York and New Jersey, later hired a company that guards its airports to handle security at trade center entrances.
Related topics:
weehawkenweehawkenworld trade centerfreedom tower
Copyright © 2021 WABC-TV. All Rights Reserved.
RELATED