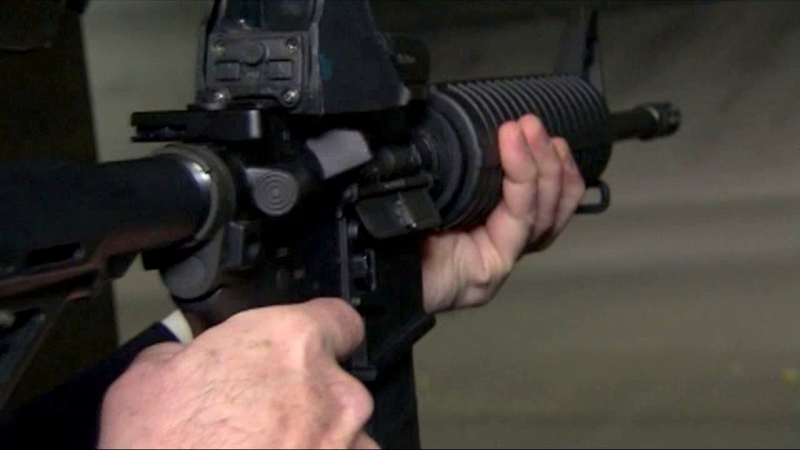 NEW YORK (WABC) -- Details are emerging about the weapon used to carry out the deadly ambush on police officers in Dallas, and while not confirmed, it is believed that the sniper used what is increasingly the weapon of choice in mass shootings.

"We will find that it was a military-style assault weapon with a large capacity magazine on it," Citizens Crime Commission president Richard Aborn said. "And this happens over and over and over again."

Last month, a military-style rifle was used by the gunman who killed 49 people at an Orlando nightclub. And last December, a husband and wife terrorist team killed 14 using a similar semi-automatic rifle. Adam Lanza used a military-type rifle in 2012 to kill 26 students and teachers at a school in Newtown Connecticut, and a similar AR-15-type military rifle was used to kill 12 people earlier that year in a Colorado movie theater.

Gomez says that until Congress reinstates the ban on these military-style weapons, they will continue to be used in mass shootings because of their killing efficiency.

"You can shoot 50, 60, up to 100 rounds in one minute," he said. "And each round designed to enter the body and tear that piece that it entered apart."

A report by New York's Citizen Crime Commission concluded that after Congress lifted the ban on these military-style rifles in 2004, the number of people killed by semi-automatic, high-capacity guns tripled. Aborn said the Dallas police killings adds to their death toll.

"We know there's a linkage between easy accessibility of these assault weapons and mass shootings," he said. "We could stop it and stop it tomorrow if Congress would simply act. But they refuse."

Lawrence Keane, a spokesman for the National Shooting Sports Foundation said "assault weapon" is a political term, calling them "modern sporting rifles" that cause far fewer deaths than handguns.