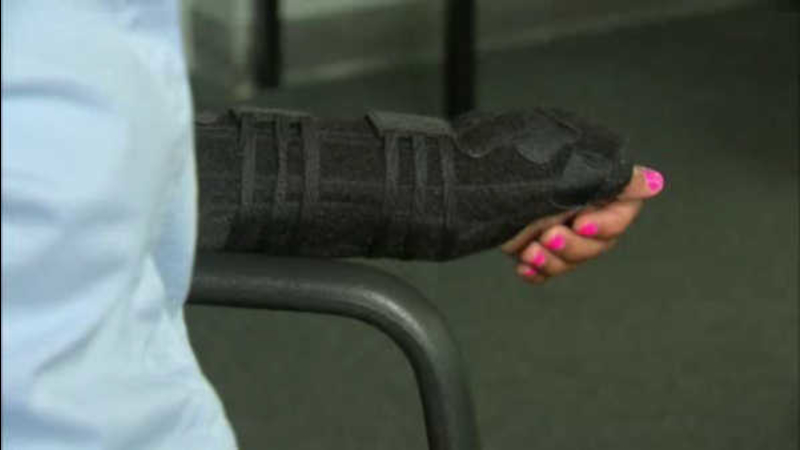 NEW YORK (WABC) -- In the words of one ACS caseworker, "We are risking our lives every day to protect the children of New York City." That worker reached out to The Investigators after several child specialists were injured in serious attacks. Two of them agreed to sit down and talk with Eyewitness News. Still shaken by their ordeal, they asked that their identities be hidden.

Their job is to protect the city's most vulnerable, the children who live in troubled families, but an Eyewitness News investigation has found case workers for the Administration for Children Services are facing increasing dangers.

"This woman came to my job and was outside in the lobby. She comes to my house and is outside my house," said one ACS Child Specialist.

This Child Protective Specialist describes how a former client stalked her for months, repeatedly showing up at the case worker's office, and finally tracking her to her home.

The attack at her home left the seasoned case worker an emotional wreck. When asked if she felt safe, she replied, 'No, no I don't - now they're coming to our houses."

Last September, the second ACS worker who talked to The Investigators had to be rushed to the hospital after she was attacked by a mother during a visit to check up on a little boy under ACS' watch.

"I pleaded with her to get away from the door. The next thing I know, she started to swing on me, hitting me with her fists, open-hand scratching me...total attack," said the worker.

Like the other case worker, she is still too afraid to be identified. She has undergone three surgeries from neck and back injuries. After fifteen years protecting children, she wonders who is protecting her.

"I pray every day when I go into some of these houses. Lord just get me out safe and get home to my family," she said.

"We want to see that as a policy, so that it happens more often than not, and if it's rejected, you have to explain why you are not letting these workers go out in pairs," said President Local 371 Anthony Wells.

ACS says they have 150 retired NYPD detectives who do background checks on families, and if there is a violent history, the caseworker can get backup.

"They would, in fact go in pairs, and if it rises to a higher level, they call for NYPD assistance," says Deputy Commissioner of Child Welfare Jacqueline McKnight.

Workers say ACS needs to rethink giving their full names to families, that's how the worker's attacker found her at home.

"An address she found on Google. You can look up our names. All you need is our names," she said.

The Deputy Commissioner tells Eyewitness News that the ACS needs to look at the name issue and perhaps use only a caseworker's badge number.

In the last year there were 200 assaults against child protection specialists.