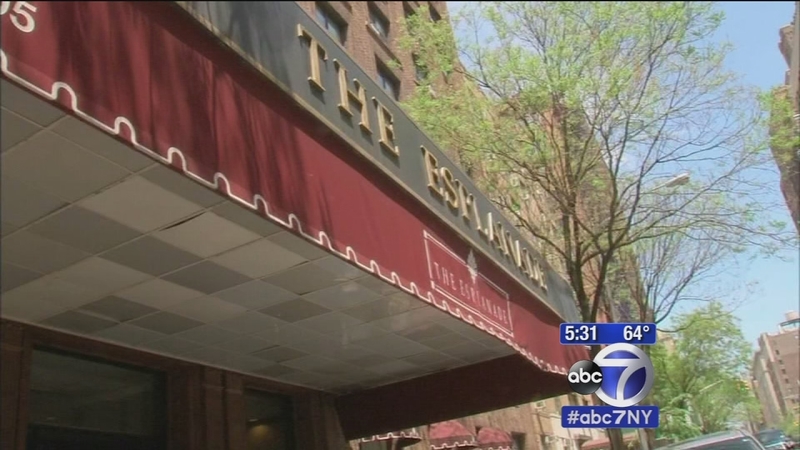 UPPER WEST SIDE (WABC) -- A little girl lost her life after falling debris from a building hit her and her grandmother on the sidewalk below on the Upper West Side.

The incident happened at 11:05 a.m. Sunday as they were in front of The Esplanade, a senior citizens residence on West End Avenue at West 74th Street.

On the Upper West Side there are a lot of what ifs and whys?

Falling debris killed a 2-year-old girl and injured her grandmother who were out for a Sunday morning stroll.

Two-year-old Greta Green suffered a fatal blow to the head and 60-year-old Susan Frierson suffered a serious leg injury, when a portion of a terracotta window sill broke free and fell eight stories.

Monday, crews were hard at work putting up the sidewalk shed ordered by the city department of buildings to prevent anyone else from being injured.

"The thought of a piece of stone coming down and hitting a child rang true to me because I walk my grandchildren home on that side of the street. I'm changing my route," said Gilda Angel, a neighborhood resident.

The esplanade is a landmarked property, built in 1919, and it now serves as housing for seniors.

Immediately after the accident, city inspectors cited the building for failure to maintain property.

Monday, the owners said in a statement, "The entire Scharf Family is heartbroken by this tragedy. Our thoughts and prayers go out to Greta Green's family. We are fully cooperating to determine the cause of this horrible incident and to safeguard the public."

Monday evening, little Greta Greene passed away as neighbors prayed for her family and pondered how life can change in an instant. 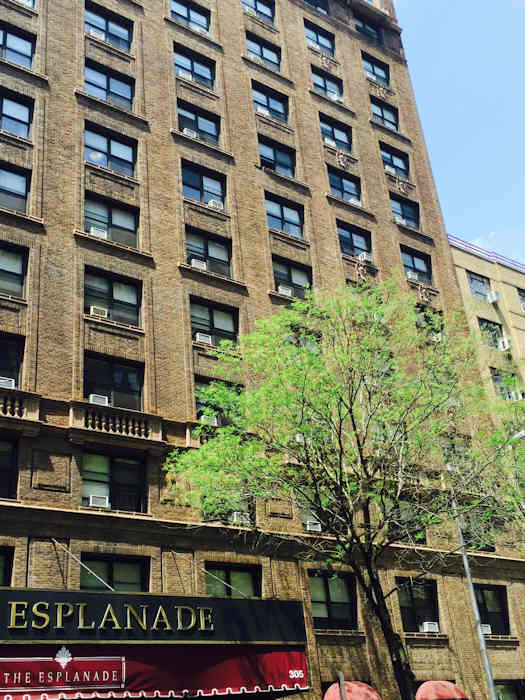