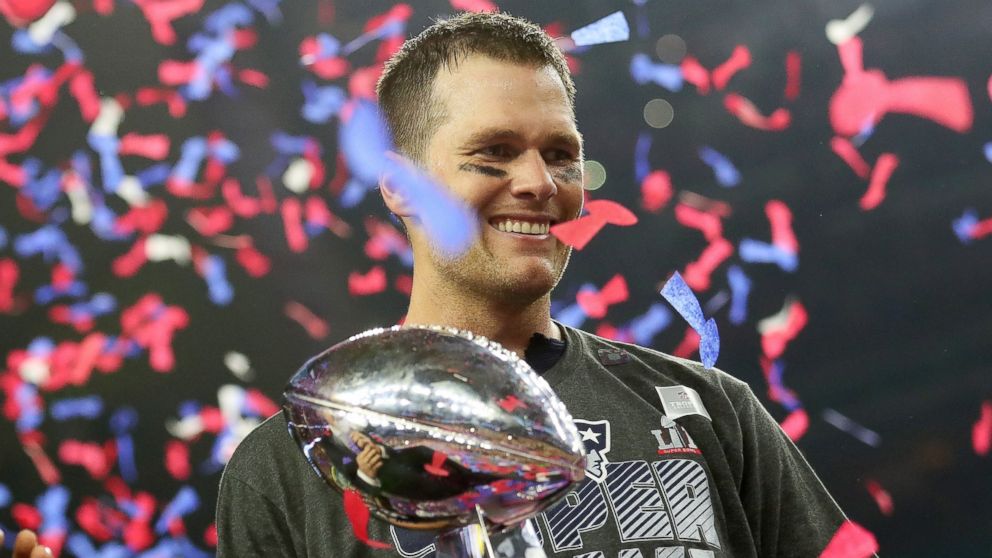 Brady's jersey was allegedly stolen from the Patriots locker room after the Super Bowl in Houston, according to a statement from Texas Lt. Gov. Dan Patrick, who said he asked the Texas Rangers to help the Houston Police look for it.

"Tom Brady's jersey has great historical value and is already being called 'the most valuable NFL collectible ever," Patrick said in a statement. "It will likely go into the Hall of Fame one day. It is important that history does not record that it was stolen in Texas. I've called Colonel Steve McCraw to ask that the Texas Rangers work with the Houston Police Department on this case."

"I'm a Texans and Cowboys fan first," Patrick said, "but the unquestionable success of the Super Bowl in Houston last night was a big win for our entire state and I don't want anything to mar that victory. Whoever took this jersey should turn it in. The Texas Rangers are on the trail."

The Patriots said Brady's jersey and pads were taken off the field before the trophy ceremony Sunday night, Boston station FOX25 reported Monday morning; it appears the jersey disappeared at some point after that. This clarified an earlier Fox25 report that a team equipment manager had locked the jersey up.

This morning, Brady told reporters he is still missing the jersey, saying he put it in his bag Sunday night and later it was gone.

"If it shows up on eBay somewhere, someone let me know," Brady said this morning.

"It's unfortunate, because that's a nice piece of memorabilia," Brady said. "Those are pretty special ones to keep ... What can you do? I'll take the ring and that's good enough for me."

Brady, who was named Most Valuable Player of the Super Bowl for the fourth time, accepted the MVP trophy from NFL Commissioner Roger Goodell with smiles at the press conference this morning.

Goodell had suspended Brady for the first four games of the 2016 season for his alleged involvement in the deflation of footballs during the 2015 AFC championship game.

Last night marked the biggest comeback in Super Bowl history as the Patriots erased a 25-point deficit, beating the Atlanta Falcons 34-28 in overtime. It was also a record fifth Super Bowl win for Brady.

Brady said at a press conference this morning of the Falcons, "I give them a lot of credit. They're a great football team."

"It took a lot of great plays for us to overcome the deficit and the hole that we dug. But we were able to do it," Brady said.

Brady said the Patriots "faced a lot of adversities" this year and he called their stunning victory a "great way to really culminate the season."

"It took a kind of miraculous effort to do it," he said, adding that he's "happy that we were able to get it accomplished."

Brady said "it was great" to celebrate at the Super Bowl with his mother, who has been ill and missed all of this season's games.

"She's been through a lot. Way harder than what I went through last night ... and my dad's been there every step of the way. They set such a great example for me," Brady said.