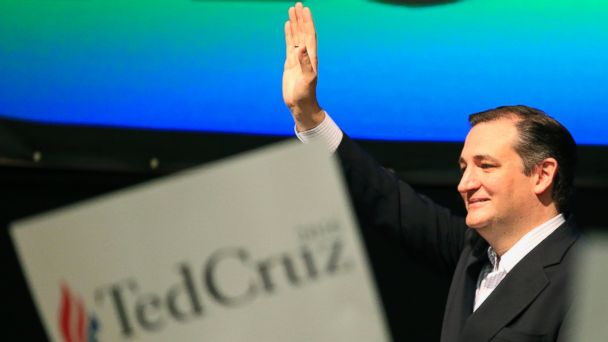 ABCNews
By EMILY SHAPIRO
Voters in four states cast their ballots Saturday for the 2016 Republican presidential nomination and it was a split decision -- with GOP frontrunner Donald Trump winning Kentucky and Louisiana, and Texas Sen. Ted Cruz scoring victories in Kansas and Maine.

Neither Florida Sen. Marco Rubio nor Ohio Gov. John Kasich, the two other GOP candidates remaining in the race, won any states on Saturday.

The results led Trump to call on Rubio to end his presidential bid.

"Marco Rubio had a very bad night," Trump said at a press conference in West Palm Beach, Florida, on Saturday night. "It's time now for him to drop out of the race."

Here are the results:

Kansas (caucuses)Ted Cruz won the Kansas Republican caucuses, based on 100 percent of the precincts reporting in.

The threshold for getting delegates in Kansas is 10 percent, so all GOP candidates will get some delegates there.

Moments after ABC News projected Cruz as the winner, Cruz addressed supporters in Idaho, saying "all across Idaho" and "all cross this country, people are waking up."

Cruz said what the nation is seeing is conservatives, Republicans and libertarians "coming together."

Then, addressing reporters, Cruz declared that "it would be a disaster" if Donald Trump won the Republican Party's nomination, and he reiterated that he is the best alternative to Trump.

"No other candidate has beaten him more than once," Cruz said. "What needs to happen is the field needs to continue to narrow. As long as the field remains divided, it gives Donald an advantage."

Maine (caucuses) With 100 percent of the precincts reporting in, Ted Cruz has won the Maine Republican caucuses.

Louisiana (primary) With 100 percent of the precincts reporting in, Donald Trump has won the Louisiana Republican primary.

Kentucky (caucuses)Donald Trump has won the Kentucky Republican caucuses, based on 100 percent of the precincts reporting in.