Trump Hotel in DC not in violation of government lease, GSA says 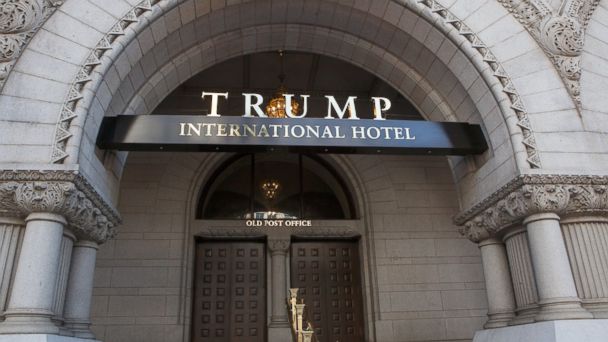 The General Services Administration (GSA) announced today that President Donald Trump's lease of a luxury hotel from the government in Washington, D.C. -- which raised eyebrows among some ethics watchdogs -- is in good standing.

The lease of the Old Post Office property prohibits government officials from profiting from the agreement. In a letter released today, the GSA said that Trump International Hotel has not violated the terms of that agreement.

"Based on my review of the Lease, discussions with Tenant, and documents submitted by Tenant, I have determined that Tenant is in full compliance," GSA Contracting Officer Kevin Terry wrote. "Accordingly, the Lease is valid and in full force and effect."

The announcement comes as a blow to a number of ethics experts, who have contended that Trump violated the lease upon taking office. Some argued that Trump may be in violation of the Emoluments Clause of the Constitution, which prohibits U.S. officials from profiting from foreign officials.

A suit from January accused Trump of profiting from the hotel and other international business ventures, a claim Trump said was "without merit."

The Trump Organization said in a statement at the time that Trump had resigned from leadership positions in the organization and affiliates. Before the inauguration, Trump handed control of his businesses over to his sons and a long-time associate through a financial trust, but that didn't satisfy the call from some to completely divest of his interests.

According to the letter from the GSA, the reorganization of the hotel's management and organization structure and the creation of a revocable trust have satisfied the terms of the agreement.

"During his term in office, the President will not receive any distributions from the Trust that would have been generated from the hotel," Terry wrote in the letter.

A spokesperson for the hotel thanked the GSA "for their diligent review of this matter."

"We are immensely proud of this property and look forward to providing our guests with an unrivaled luxury experience for years to come."

Ahead of his inauguration, Trump announced that he would be placing his assets in a revocable trust and transferring control of his business to his two sons, Donald Jr. and Eric. His lawyer, Sherri Dillon, also said Trump would "voluntarily donate all profits from foreign government payments made to his hotels to the United States Treasury."

The hotel is located just blocks from the White House at the site of the historic Old Post Office. Trump Hotels acquired the right to lease the property for 60 years in 2013. The hotel opened in October 2016 following a $200 million renovation.