Upper East Side building evacuated near where bricks fell 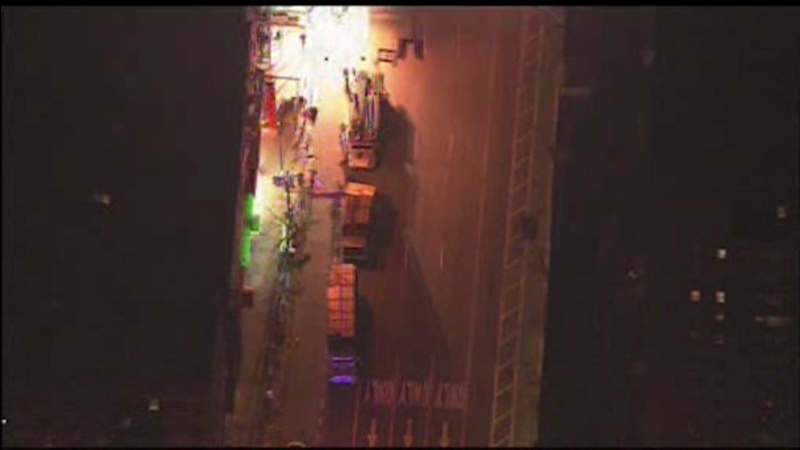 Upper East Side building evacuated near site of facade collapse

UPPER EAST SIDE, Manhattan (WABC) -- The Buildings Department has issued a vacate order on a wood-frame residential building at 346 East 63rd Street in Manhattan.

Inspectors are concerned that falling bricks can penetrate the structure.

It is a five-story building with 7 apartments. The Red Cross is on the scene, and seven families are seeking assistance for shelter.

"We had two and a half hours to evacuate our building. It's been crazy," said Akilah King, an evacuee.

Dozens of tenants were sent packing late Thursday afternoon in new wave of evacuations three days after the collapse.

"We all got a call from our landlord at around 3 o'clock saying that we all need to vacate the building in the next three to four hours because it was no longer safe to live there," said Michael Connon, an evacuee.

This is near the 35-story high-rise building on East 64th Street where hundreds of bricks crashed down onto the sidewalk and street on Monday night. Several apartments in that building have been vacated for safety reason.

Amazingly, no one was injured or killed in the facade collapse.

But earlier Thursday, city building inspectors discovered a series of cracks in the remaining facade directly above the collapse. So, 16 apartments in a five-story building across the street were ordered evacuated.

"If you actually look at the wall that came out from the wall above, that all needs to be removed," said Dep. Commissioner Frank McCarton, of the NYC Office of Emergency Management.

The work will take several days. Thursday night, sidewalk scaffolding went up along First Avenue and with the avenue closed for blocks, rush hour traffic was colossal.

It was a major challenge for ambulances heading to and from hospitals on the East Side and residents are struggling to make the best of a tough situation.

"I hope that fix this as soon as possible and we can go on with our regular life," said Rachel Surizon, a tenant.

The contractors say the new damage may delay further installation of netting on the building.

They anticipate late Sunday or Monday morning for the streets to be reopened to vehicle and pedestrian traffic.