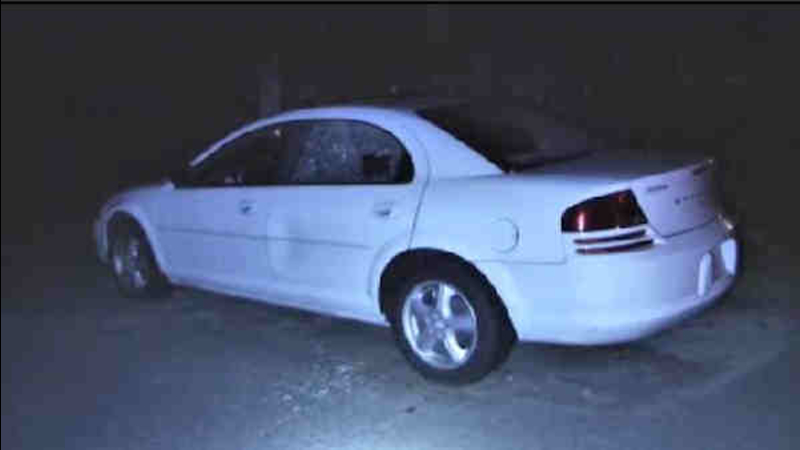 Now, the hunt is on to find the people responsible for the damage, and police are asking for the public's help.

Authorities believe the incidents to be two separate acts of vandalism, with mostly shattered windows in Farmingville and what is believed to be the more concerning work of a gang in Coram.

In the early-morning hours, Suffolk County police discovered six cars spray painted with white paint, spelling out the tags of a small gang.

"Whenever you have gang signs like that, it could be initiation," Suffolk police Commissioner Tim Sini said. "It could be a night out creating some mayhem in the neighborhood."

Police are aware of the gang, which they say is part of an even larger one that is considered to be more violent. Still, the damage doesn't sit well with neighbors who woke up to see it on cars and even the garage door of one home.

Samuel and Melissa Rodriguez live nearby.

"Concern for my safety, my children's safety," Melissa Rodriguez said. "We had no idea this was going on."

Investigators are now canvassing the area for video from security cameras in the hopes of getting a clearer picture of the suspects.

"We're not going to tolerate this type of behavior," Sini said.

Unrelated, but just a few miles away, windows were shattered on at least eight cars along Locust Avenue in Farmingville. Police believe it is the work of other vandals, who got one window on John and Carol Cimo's car.

"From maliciousness I guess," John Cimo said. "I can't understand why. But so many cars all the way down the line."

Repairs were being made, and police were looking it both incidents.

"There aren't those markings, the gang markings on the cars in Farmingville," Sini said. "But this remains an active investigation."
Related topics:
coramfarmingvillelong island newsgraffitivandalismsuffolk county news
Copyright © 2021 WABC-TV. All Rights Reserved.
TOP STORIES
1 dead in Florida building collapse
Exclusive: Firefighters rescue teen trapped in dressing room
NYC Pride: Everything you need to know
AccuWeather: Gorgeous again
Adams takes lead in NYC mayoral primary, Wiley and Garcia hold on
Who's left and what's next in the race for NYC mayor
NYC mayoral primary: How did your neighborhood vote?
Show More
Man shot in the mouth while driving on FDR Drive
Man struck by hit-and-run driver in Brooklyn while unloading car
NY lifts COVID state of emergency, last call for to-go cocktails
What should I know about the delta variant?
COVID Updates: CDC says no booster shots needed yet
More TOP STORIES News