VENICE, Florida -- Police continue to investigate a van accident in Florida that killed a father and daughter. Video shows the moments shortly after the van plunged into the waters off Venice.

In the video obtained by WFLA, you can see the white van had just plunged into the water off the south jetty. Tim Cobb and a few nearby boaters rushed to help.

"When I swam up to the windows to begin with, the gentleman in the passenger seat was trying to unlock the doors and just with all the water pressure, it was impossible to open the doors," he said.

Inside was the driver, 64-year-old Carol Hayden and her father, 88-year-old Eugene Hayden.

The van quickly filled with water and was carried away by the current as one of the boaters broke open a back window, all to no avail.

"They were frozen with fear, but they were definitely trying to get out," Cobb said.

Venice police tell us the pair drove onto the jetty Monday afternoon and suddenly things took a turn for the worst.

"The vehicle left the roadway, struck a park bench, stopped, backed up and then continued forward again, going over the rocks into the water," said Chief Tom Mattmuller.

"I gave him the unlock the door and he was pulling on the handle, and I had both of my feet up against the van trying to get the door open, but with thousands of pounds worth of water pressure it just wouldn't budge," Cobb said.

Once the van went under, Cobb knew the situation would be hopeless, the visibility was too poor. Hours later, the two were found dead.

"Oh it was awful, it was the most disappointing thing I've ever gone through in my life," Cobb said.

Venice police thanked Cobb and other good Samaritans for their efforts in trying to rescue the two people inside the van. Authorities are still investigating what led to the van going into the water.

Teen struck by driver after getting off school bus in NJ 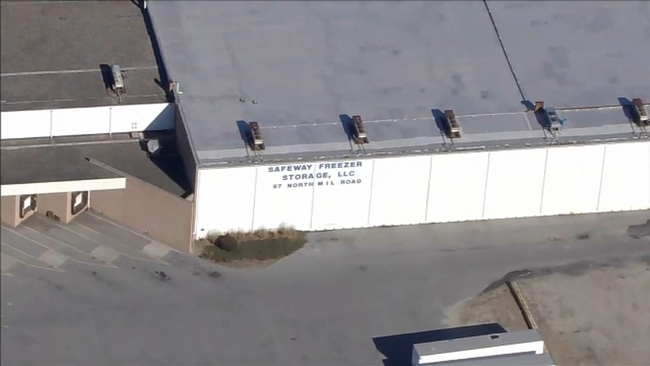