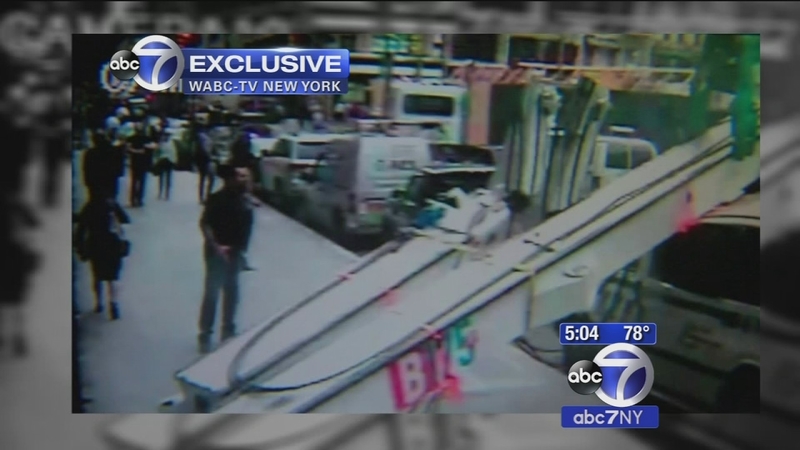 The accident happened at West 30th Street and Sixth Avenue.

The boom on the truck struck a parked NYPD van.

No one was in the van at the time, and there were no injuries reported. 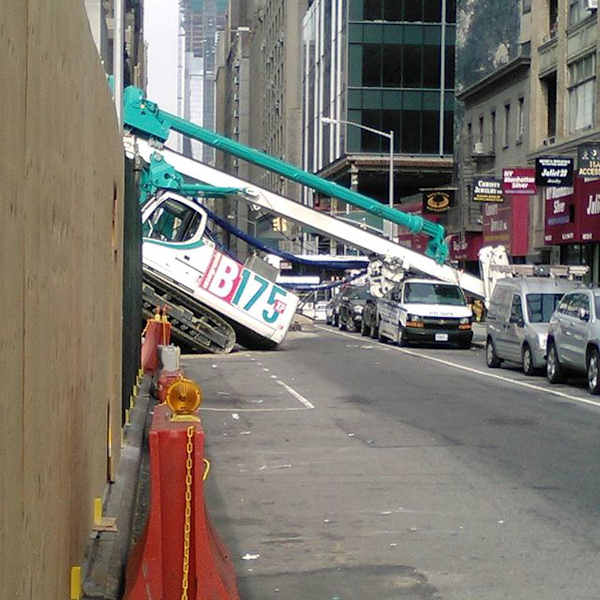 The equipment, called the Casa Grande, is a massive hydraulic drill that drills holes deep into the ground for what will be a 38-story luxury hotel in Midtown South.

According to some construction workers, it appears the driver was trying to maneuver it over the sidewalk into the construction site at about 8:45 a.m. Surveillance video shows that the sidewalk was not closed at the time, which may be a violation.

During that process, he may have partially raised the boom which could have shifted the center of gravity, causing it to tip over on top of the NYPD vehicle.

The general contractor is Flint Lock from Mamoroneck in Westchester County, a company that has a history of safety violations in the past few years, having been cited by OSHA for four safety violations.

In 2013, the company was fined $250,000 after OSHA said it failed to provide fall protection for its workers during the building of a hotel.
Related topics:
midtownnew york cityconstruction accidentaccidentmanhattan news
Copyright © 2021 WABC-TV. All Rights Reserved.
More Videos
From CNN Newsource affiliates
TOP STORIES