Video shows moment minivan was stolen with baby inside 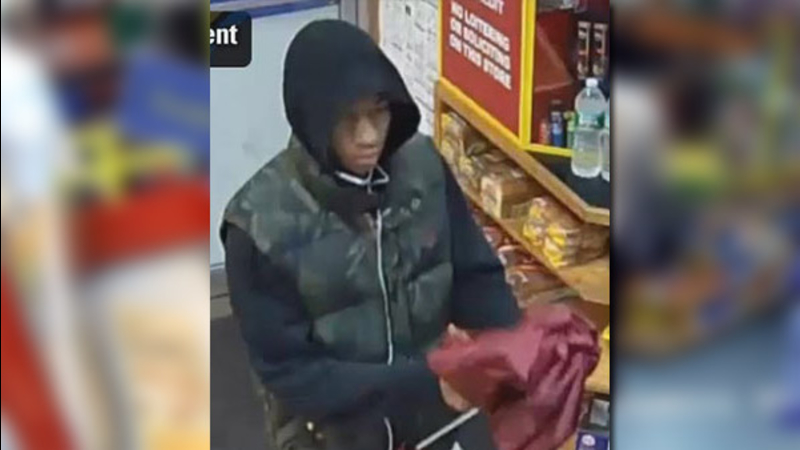 WEST PHILADELPHIA -- Police are looking for a stolen white minivan and the young man who unwittingly drove off with it Monday morning with a 4-month-old secured in in the backseat.

Police are looking for the man who stole a van with a baby inside.

It was just after 7:30 a.m. when a young man carrying a red umbrella approached a corner store at 49th and Walnut streets in West Philadelphia. Ahead of him, the father of the 4-month-old walked into the store.

The child's father had parked his white Chrysler Town and Country minivan around the corner and left the engine running with the child secured in his car seat. The dad went back out to the minivan once, passing the young man, then returned to the store.

While he was inside, the young man went over to the minivan and drove off, with the baby.

Philadelphia Police Lt. John Walker explains, "A short time later, the father is texting his phone that was left in the car. He gets a text back to a phone that he borrowed from somebody in the area that the kid's at Penn and Coulter Street."

Police dispatched to the area discovered the child still in his car seat, in the rain, on the sidewalk along Penn Street in Germantown.

Lt. Walker says, "We are very lucky that there was a phone in the car and we're very fortunate and very thankful that the person who took the car did have some kind of a heart and did the right thing by texting the father."

The infant was taken to St. Christopher's Hospital where he was evaluated and released into the care of his parents. Authorities say he was uninjured.

The baby's parents then went to Southwest Detectives to be interviewed.

Police say this story should serve as a warning to everyone - especially parents.

"This is the reason why we tell people all the time - leaving these cars running for any moment can be very tragic," Walker said.

Authorities want you to take a look at the suspect. He was wearing a camouflage vest and tan pants, and carrying a red umbrella. Police believe he is in his early teens, and may have been dressed for school. They also think he may be from the area of 49th and Walnut.

Police believe the minivan is likely somewhere in the Germantown area.