The crash happened at the Monmouth rest area off the Garden State Parkway at approximately 2 p.m. on October 26.

Troopers responded to the minor crash in which a marked patrol car that struck the rear of a white Audi. There were no injuries, but Sergeant Michael Roadside, a 28-year veteran, was found to be impaired.

"He had a gun and he was drunk," driver Kim Wilson said. "He was in a lot of trouble and I was scared. I'm still scared."

Her car had just been rear-ended by Roadside's cruiser, but the trooper, she said, was disheveled and incoherent, and a bottle cap tumbled out of the shirt he was wearing inside-out.

"I'm like, 'Where's your weapon?'" she said. "And he lifted his shirt up, and I could see he had the gun on him, and then a magazine fell on the ground. And when that happened, I lost it."

In the video, Wilson told the responding trooper that Roadside offered to pay her $1,000 not to report the accident. That trooper then questions Roadside, who blames his condition on a recent surgical procedure.

"I am not drunk," he told the responding officer. "I had a prostate surgery. I'm on anesthesia right now. I'm trying to get home to Cinnaminson."

A cardboard case of Coors Light and two open containers were later found in his cruiser.

"He sat in his car behind me with his weapon on him for a very long time while we were waiting for the supervisor to come," Wilson said. "And I felt very vulnerable."

Wilson doesn't need the video to remember what happened, but she's relieved to know there is one.

"Because it's harder to cover something like that up," she said.

Roadhouse was taken into custody, disarmed, and transported to Holmdel Station for sobriety testing and processing. He was found to have a .16 blood alcohol content and was charged with driving while intoxicated, careless driving and having an open alcohol container in a vehicle. 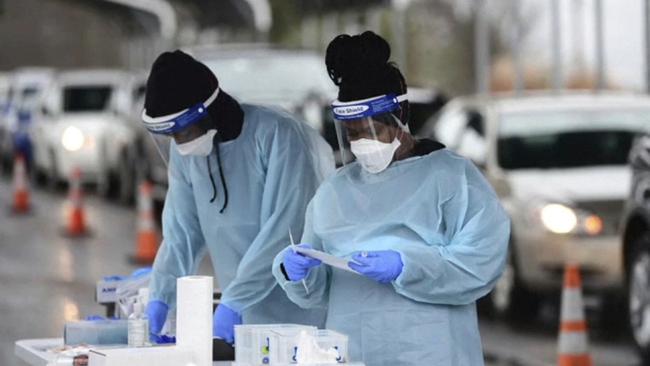