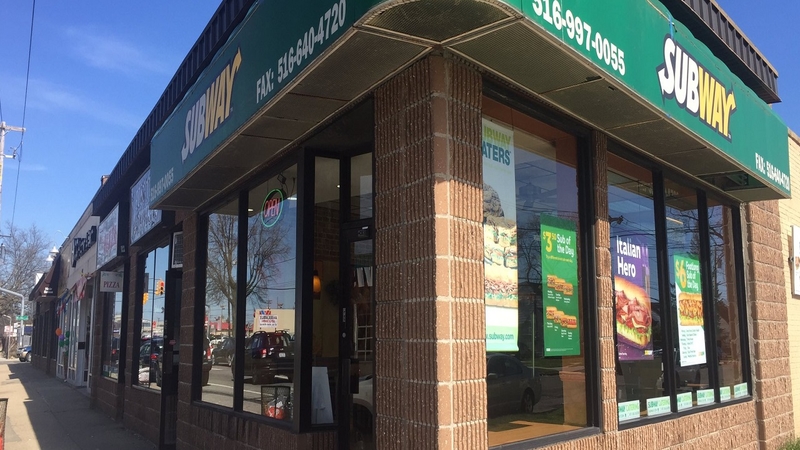 Is Westbury Subway robbery conected to string of LI robberies?

A Saturday night holdup at a Subway restaurant in Westbury is the ninth in a string of machete and large knife robberies across both counties.

It terrified a new worker at the store and the owner.

On most Saturday nights, Mandy works alone inside Subway in Westbury. However, this past Saturday, a new employee was working with her. Mandy was in her office, keeping a close eye on the surveillance cameras.

"All of a sudden there's a man next to her, I thought it was her husband," Mandy said.

She walked to the front and found a man with his face covered behind the counter and a knife in his hand.

"I had one eye contact with that robber, so I let him take everything - he took all of the single dollars and then ran," adds Mandy.

It was the owner and one worker in the store. If connected, it would make the 9th robbery with knife or machete since mid February @ABC7NY pic.twitter.com/W2lZ38Khpe

The masked man got away with hundreds. Since February 15th, a man with a large knife or machete has been robbing Subways, Carvel Ice Cream shops and Dunkin' Donuts in Suffolk and Nassau Counties - hitting shop after shop, Mandy was holding her breath.

"We worried, we said we are so lucky, we need to go buy a lottery," Mandy says.

Her luck ran out Saturday night. She joins a group of other store owners who are frustrated. Police say they have stepped up patrols, but for almost two months, the knife-wielding robber keeps striking.

Mandy believes police can do more.

"I don't think what we can do to stop them, because we have no power," she says.

For now, business must go on. Even for Mandy's shaken employee. Mandy says she got so nervous that she cried after the robbery.